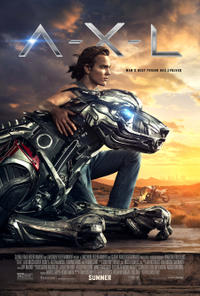 A.X.L. is a robo-dog. It was developed by the military with AI, to be a new kind of warrior. After running away, it is discovered in the desert by a teenager. The boy is somehow able to pair with the machine, and the two now have a technological bond that the movie tries to make feel like more then just code. A.X.L. who is now forced by his programming will not be separated from his owner. The scientists come looking and for him, and the boy’s own loyalty to A.X.L. is tested.

When I was 10, I wrote a story not to unlike this one, just without the whole boy aspect. In my story the robot military dog just brutally kills his military owners while just trying to be free. My story is better. That would never happen in this movie, since it has a PG rating.

This is probably only a good movie if you have young kids, and for some reason they’d rather have a robot dog instead of a real one. If they want a real one, just take them to see Alpha again. 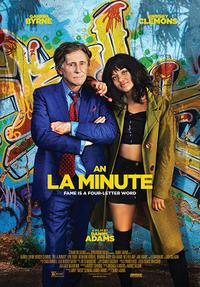 A cynical famous book writer, Gabriel Byrne, rails against the Hollywood lifestyle, and abandons his social circles and finds a raw, street tough, actress, Kiersey Clemons. In an effort to feel connected to a world he has long since been disconnected to, he befriends her and introduces her unique attitude into his social circles in an effort to feel something different. The situation backfires when she becomes more famous then him. His life begins to fall apart and he is left in the same situation Clemons was in when he found her.

This is a very interesting take on Hollywood, fame, and the desire of humanity to eat itself. I originally wanted nothing to do with this film, and felt sorry for Byrne for being involved in it. After reviewing more of the film though I feel it’s a more interesting take on the Prince and the Pauper, with a pretty interesting modern twist.

If you are looking for something interesting to watch, I recommend it, but keep the children away. The movie has an R rating for a reason. 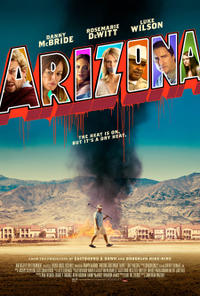 A real estate agent is killed when an angry purchaser, Danny McBride, is upset about the recent market crash. He kidnaps the real estate’s employee, Rosemarie DeWitt, and her daughter, Lolli Sorenson, with the idea that they will help him dispose of the body. McBride is not good at any of this, and fumbles his way through every step. In a movie filled with talented actor and comedian, the movie attempts to keep the dark subject on the light side with constant humor. Starring Luke Wilson, Kaitlin Olson, David Alan Grier, and Elizabeth Gillies.

This looks hilarious, but looks can be deceiving. The story is dark, but the actors are top notch. I would probably suggest you rest this movie on the shoulders of Danny McBride. If you like him and find him to be funny, then watch this movie. If you have found his acting style and comedy annoying from his prior works, you may want to give the film a wide berth. 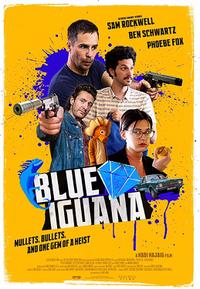 Lets be honest though, this is the movie you are likely to see this week, if you aren’t watching THE HAPPYTIME MURDERS. It’s got an amazing cast which includes Sam Rockwell, Ben Schwartz, and Phoebe Fox. 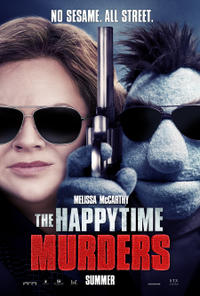 A no nonsense officer is kicked off the force. His old partner needs his help though for a serious and tough as nails case that the police can’t crack without him. They infiltrate the dark underground to get leads, and to try to bring the murderer to justice. Oh, and puppets are real living creatures, they do really messed up shit, and drugs, and have sex. Literally throughout the entire movie.

Yeah, see this film. It’s dark and stupid but you know it will be hilarious. Even if it’s stupid and no one finds it funny, in five years it will still be a cult classic, and you can say that you supported it at the beginning. You wont be let down with a cast like this: Melissa McCarthy, Elizabeth Banks, Maya Rudolph, Leslie David Baker, and Joel McHale.