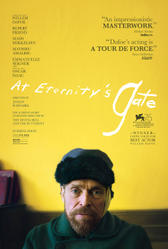 This movie is not a traditional biography of an artist. Instead of basing this movie on sole facts, Julian Schnabel based this movie on letters, and common agreements about the artist Vincent Van Gogh as he creates his most well known works of art.

Willem Dafoe stars as Vincent Van Gogh in this piece, amazingly portraying emotionally, and powerfully. A beautiful and masterfully crafted artistic view of the artist. If you love beautiful works of art, and enjoy cinematic masterpieces, then this film will be a good movie to watch. 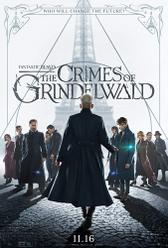 Picking up where the last film ended, Grindelwald was captured by the Magical Congress of the United States of America. Grindelwald however easily escapes and with his allies plans out her true master plan. Albus Dumbledore enlists Newt Scamander to help him prevent Grindelwald from raising an army of pure-blood wizards to overthrow Muggles.

Let’s be honest, if you are a fan of the original series, you will see this film even if you hated the first in this new series. Whether these films will stand out as a strong series, or falter as the Hobbit did. 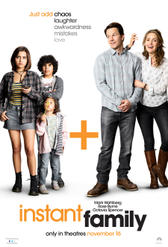 Pete and Ellie want a child, and decide to become foster parents, with the plan to adopt. In the process the agency guilts the family into taking in three children, including a 15 year old. While they struggle through being thrown into the deep end, they learn quickly the value and importance of family.

Pete, played by Mark Wahlberg, and Ellie, played by Rose Byrne, do a pretty good job playing the part of bumbling parents. This movie may hit some positive and negative tones on those who have actually been a product of the foster system, or works for the system. That being said, I believe they are trying to make a positive message, but the comedy is quite sophomoric. 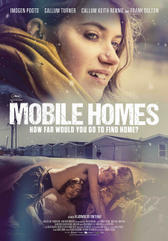 The movie is filmed in parts. The first half is the story of a woman and her boyfriend travelling across america. The two abuse the youth of the woman’s son, forcing him to steal, sell drugs, and break into properties. The second half of the film, is the woman escaping from the boyfriend, and finding salvation in a new life with a man who builds mobile homes. The final act is when the two worlds collide, and the woman must now do whatever she can to protect her son.

This is going to be a painful first half and third act of the film. The abuse that the child suffers is disturbing and depressing. I don’t know if you’ll be able to find redemption in the mother within the second half, but the journey is still none the less powerful. 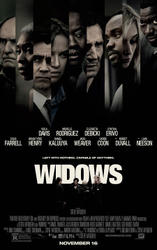 Four men commit a crime, and fail. They parrish and leave behind a debt to a dangerous man. That man comes after the wives of the deceased. He threatens them and forces them to repay their husbands debts. The only way they can is by committing a crime, like their husbands would have done. Set in Chicago, Veronica, Alice, Linda, and Belle just want to escape the life that has been thrust on them by their dead husbands.

Viola Davis, Elizabeth Debicki, Michelle Rodriguez, and Cynthia Erivo deliver strong performances to a film people are suggesting is action packed, with drama, and will be a strong contender at the awards this year. It will hold its own though for people looking for a heist film.
Opinion