Skully by Maximum Games and MODUS Games
After death, Skully the main character has been given a second chance at life, all so that he can stop a feud between sibling gods. The game features over 18 levels in many different biomes each with their own challenges. Do you have what it takes to calm the gods? 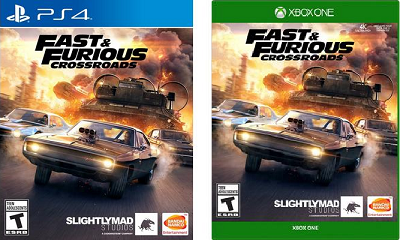 Fast and Furious Crossroads by Bandai Namco Entertainment America Inc.
The movie has been postponed, but that won’t stop you from jumping into the world of Fast & Furious thanks to Crossroads coming out to the PS4 and Xbox One. You join the original cast members of the series, Dom, Letty, and Roman, all voiced by their original voice talent, as you form your own new charter of their crew. They even had the car coordinator from the series help select and approve the vehicles in the game. This game takes you from Morocco all the way to New Orleans and allows you to team up with your own real-life crew. So if you are sad about missing out on some too fast, there is no reason to be too furious!