Inspired by Alfred Hitchcock’s Vertigo, this game plays tribute to it with four character stories to play as your dialog choices shape the outcome.

A giant cross-country rally racing game based on a real life event held in South America. Based on the world’s largest rally race, navigate your way to each waypoint and eventually the finish line. 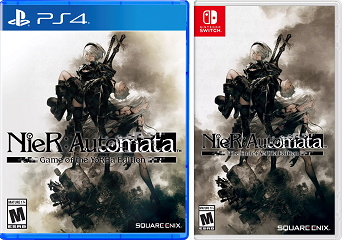 NieR:Automata The End of YoRHa Edition by Square Enix

After aliens unleash Automata on Earth, mankind flees to the moon. Now you an android in the YoRHa military will fight through the war to take back the planet.

No Man’s Sky by Hello Games

A colossal failure at launch this game boasted features it couldn’t fathom at the time. Now since updated to bring those features to reality it’s a full game. Just in time for a switch release.