Mortal Kombat 11
Mortal Kombat is back, with it’s 11th installment. This time, customize your favorite character from the franchise, change out their gear, and abilities, earn new taunts and fatalities. Make your way through a new cinematic story, that continues where the game left off! Play as Geras, Baraka, Raiden, Skarlet, Scorpion, Sonya Blade, Sub-Zero and more. 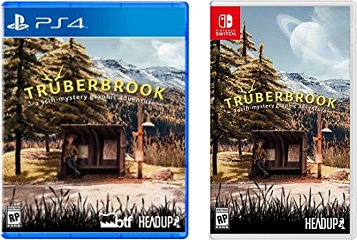 Truberbrook
It’s the 1960’s during the height of the cold war. As an American scientist, you’ve never visited Europe, but you win a vaction on the radio, that leads you to rural West Germany. Done in Photogrammetry, enjoy the beautiful style of the hand-crafted miniature scale models characters and backgrounds. 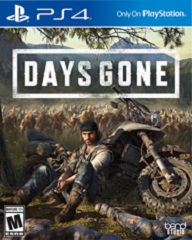 Days Gone
Days Gone is a realistic Open World, filled by hostile environments, drifters, marauders, militia, and Freakers. Freakers are animalistic humans. The game runs it’s world with the Unreal Engine 4. As you traverse you can search abandoned vehicles, houses, truck stops and towns, and scavenge. Craft what you need, and make the choices to survive in this interesting, and violent world. 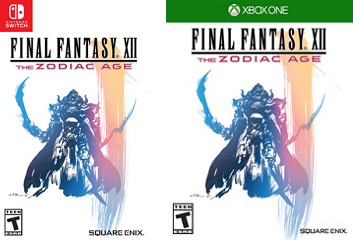 Final Fantasy XII The Zodiac Age
Re-released in full HD for the first time, players can return to Dalmasca, in the war torn Ivalice. Fight as Vaan as he tries to help Princess Ashe liberate her kingdom from the Archadian Empire.

Cytus Alpha
A music beat challenge game, where you can play 60 songs for a combination of 120 different styles. You can also see how you stand up to the global leaderboards. If you want to feel horrible afterwards.

Dragon’s Dogma: Dark Arisen
A re-release of the prior game, with all the Downloadable Content, including Dark Arisen. Boasting a customizable game, with nine skill paths. Defeat hydras, griffins, and dragons in this epic game!

Ugly Dolls: An Imperfect Adventure
Just in time for the horrible movie, that will unfortunately be loved by children, comes Ugly Doll’s video game. In it you will defend Uglyville from Perfections robots, play with your ugly friends, and solve puzzles. If your kids love the movie, and are old enough to play Switch games, then get them this game to get them to calm down for an hour or two.