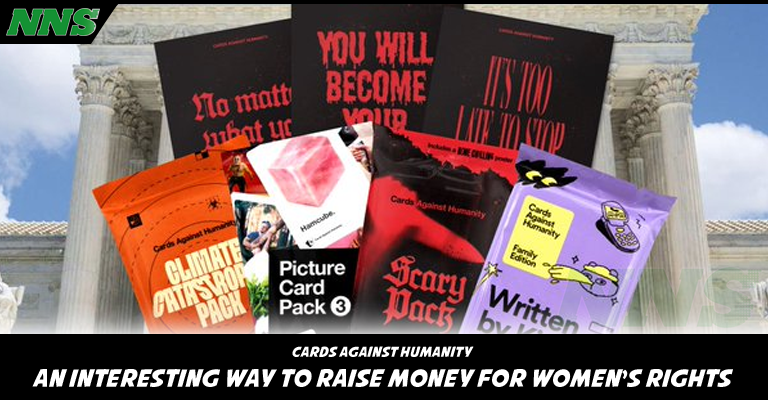 A bevy of expansions are out now for Cards Against Humanity.

They have donated $100,000 to the National Network of Abortion Funds and they took the time to survey states who have restrictive laws against abortion rights. They asked the people of AL, AR, AZ, FL, GA, ID, IN, KY, LA, MO, MS, ND, OH, OK, SC, SD, TN, TX, UT, WI, WV, and WY questions about abotion laws, rights, and general sexual education questions.

You can find the results of their pole Here.

They are going a step further though, taking any profits made from selling the four listed expansions above heading to the above listed states and donating 100% of the profits to the National Network of Abortion Funds.

If you want to help people in need, you can also do so with donations to the National Network of Abortion Funds.