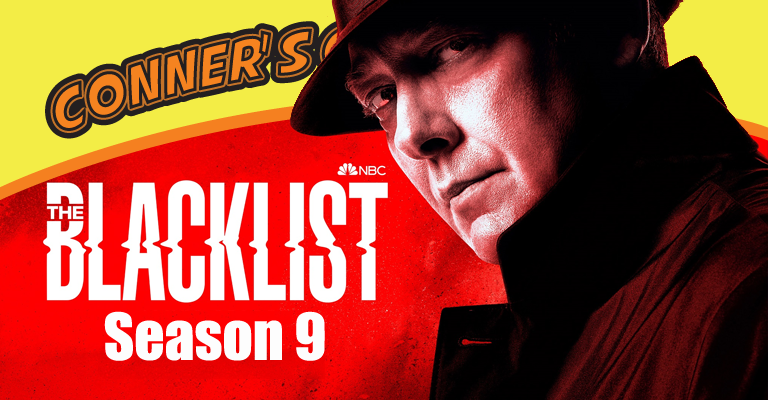 We haven’t really talked about blacklists for the prior seasons, but this show has triumphed in its time slot and even survived the early days and shifts of the pandemic on Hollywood. Other shows have clearly stumbled and failed as a result of distance, setbacks regarding filming, and more. We even talked about how Blacklist had an amazing and inventive willingness to adapt and find new ways to finish episodes that weren’t finished due to the first waves of quarantining in an earlier article. You can see that Here.

That all being said, we are here talking about Blacklist now, due to their most recent season. This is specifically because they made the brave choice of continuing the show, even in the absence of its main character. Most people will argue that James Spader is the main character, but it is very clear that the heart of the show was Megan Boone’s Elizabeth Keene.

So let’s jump into our review. As always we break down the critiques of the three categories: Story, Acting, and Overall.

The season starts off with a time jump, taking place 2 years after the events of the last season, and specifically the death of Megan Boone’s Elizabeth Keene. The show had basically revealed the last mysteries that had plagued the show since the first season. A lot of people had speculated early on that it was possible that Raymond Reddington was actually Elizabeth’s mother, and not her father, but it has been a hard-fought journey enough facts that would confirm this idea. While it hasn’t actually been fully 100% confirmed, as that would require the exact words “I am your mother, Signed Raymond Reddington.”

That was specifically the envelope that Dembe was supposed to give Elizabeth Keene after Raymond had passed away.

Since the series picks up 2 years later, the task force has been disbanded and everyone has gone their own way. Ressler has become a mechanic dealing with addiction due to suffering the pain of losing someone he cared deeply for.

Aram had left the FBI specifically to work in the private sector designing, building, and selling security Tech to the highest bidder. Cooper moved on entering into retirement and taking care of Elizabeth’s daughter. Recent newcomer Agent Park has also moved on and is now training agents at Quantico.

The biggest change however is how Dembe and Raymond have parted ways, and as a result, Dembe leaves the criminal underworld and due to his work with the task force, is able to have his history wiped clean and decides to become an agent to carrying on Elizabeth keen’s memory. However, when Dembe gets seriously injured on a case, it forces the members of the task force to work together to get revenge and solve Dembe’s case. This unifying act, as well as the general interest for the members of the show wanting to carry on with the task force in Elizabeth name.

While I was a huge fan of the show’s eight prior seasons, I still enjoyed the narrative storytelling of the new season. I do feel like the show lost a little heart though, with the death of Elizabeth Keene. I don’t specifically know the full reasons why Megan Boone decided to leave the show, outside of the fact that she said that she wanted to have other opportunities. Honestly, though, I don’t know if NBC would have even canceled the show if she was or wasn’t connected to it.

Near the back third of the series though it finds its way back into the tradition fun of the series. I can only hope it keeps it’s momentum.

This season takes a while to get through the trauma of loosing one of it’s main characters, it’s still fun in some parts, but rough. Near the back third of the series though it finds its way back into the tradition fun of the series. I can only hope it keeps it’s momentum.

The one major thing that I’ve noticed in the new season was that they were trying really hard to give every character a story to run the length of the season. I don’t know if this is specifically to fill the void from the missing main character of the series, or if they’re testing out the audience’s interest in certain storylines to decide a new main character of the show. I will specifically say that Diego Klattenhoff’s Ressler seems to appear to have lost a lot of his character development from prior seasons. Laura Sohn’s Park character however has transformed from being a one-note rage monster to a much more well-rounded person, with a family. and quite a bit more going on. It was a nice change for the character.

The story going on with Cooper, with regards to being framed, plays out for a long time before being connected to the main storyline and becoming a focal point. As a result, it feels like the majority of the season to just be busy work.

The main standouts and great performances of the season clearly come from Raymond Reddington and his new assistant that filled the void that Dembe left behind. Weecha Xiu, played by Diany Rodriguez, and Mierce Xiu, played by Karina Arroyave, are completely new characters, but provide everything we’d need for our interactions with Raymond Reddington.

Is whether it be Mierce’s scenes consoling and trying to help Raymond move forward, or Weecha’s scenes where she showcases how much of an utter bad-ass she is, it’s a fun journey.

At this point in the series, I feel like we are in a sink or swim moment. Frankly, the series was barely treading water in the early part of the season with it’s new split focus upon all the characters of the show. That being said it still is fun and enjoyable, but not exactly to the level that you might be used to from prior seasons.

They’ve been renewed for another season, and they’re going to carry the story on, I do truly hope that they are able to keep up the momentum and switch the view to being primarily about Raymond Reddington. James Spader’s character does an amazing job chewing up the scenery, all while his associates show off how badass they are. Hell, I’d watch a show with James Spader just walking around talking.