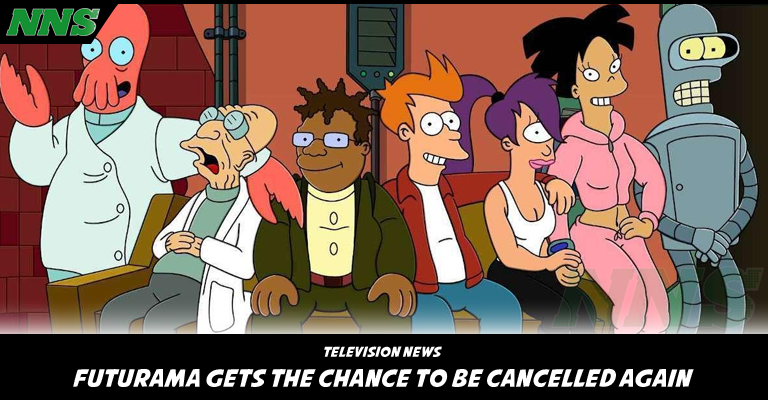 Recently Hulu has started taken it upon itself to save my generations favorite content. While not have all been successes, stand outs like Animaniacs show that there is still gold in them there hills.

Now the streaming giant, owned by Disney, is leaning into their catalog of prior products acquired when purchasing Fox’s TV business, and under the title of “20th Television Animation” is bringing back the once amazing, always spectacular Futurama.

Futurama has been on Hulu for quite some time, and I’ll admit that I may have watched through the entire series a couple times since it’s been off the air through it’s catalog. It’s interesting when a company like Hulu/Disney decide to bring a show back like this, they either know out right it will bring it’s own built in crowd, or have buckets of data to back-up the decision. Here they have both! They even included the show in their first HAHA Awards, (See our article Here).

Unlike traditional film medium, where age and pre-existing production schedules would prevent a project from returing, animation allows entire casts and crews to pick up where they left off on stories, and keep the amazing and wonderful stories that fans love. The only problem though is that the world changed since they’ve been away. Will Fry, Leela and the gang be able to keep generations entertained with their style of sci-fi referential comedy? Matt Groening and David X. Cohen wouldn’t have agreed to this if they didn’t think they could. Well… Matt Groening might have. I love the man, but the Simpsons will not die.

Look Groening, give us another high class movie already, or just end the show and move on!

The new season of Futurama will be premiering next year, 2023, with a 20 episodes order. Returing to the series will be Billy West, Katey Sagal, Tress MacNeille, Maurice LaMarche, Lauren Tom, Phil LaMarr and David Herman.

While John DiMaggio was not included because of issues with not agreeing to a contract deal with 20th Television Animation, it’s hard to see a Futurama without the talented man. Do we think John DiMaggio will still be involved though? A while back we were interviewing Matt Groening for Disenchantment at San Diego Comic Con with some of the cast, and John DiMaggio was just walking down the hall, saw the show on the door, barged in and joined the table.

I wouldn’t be surprised if he did the same with the new run of Futurama!

But when all is said and done, will Futurama be worth watching? I’ll be honest with you, Futurama has the best finale of any show I have ever watched. Every subsequent time they finished the show due to cancellation, the next finale was even better some how. The last finale was *Chef’s Kiss* Beautiful.

So now, even though this is tragic to say… I can’t wait to see the next finale, hopefully though not for several years!