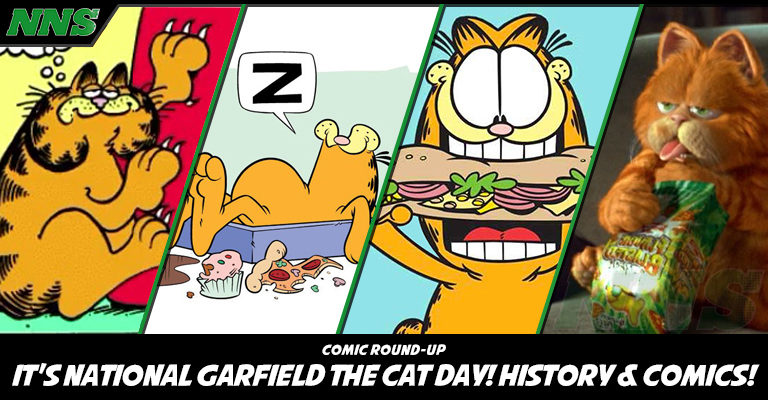 Today we celebrate my most favorite cat in pop culture! That’s right, the original Grumpy Cat, Garfield Arbuckle. Starting June 19th, 1998 for Garfield’s 20th anniversary of the comic strip and the characters birthday, National Garfield The Cat Day has been celebrated and again each year on this date. June 19, 1978, was the first publication of Garfield which chronicles the life of the lead character, the cat Garfield (named after Jim Davis ’s grandfather); Garfield’s owner, Jon Arbuckle: and Jon’s dog, Odie.

So let’s take a step back and see how Garfield came to be. In the 1970s, Davis created a comic strip called Gnorm Gnat, which met with little success. One editor said, “his art was good, his gags were great,” but that “nobody can identify with bugs.” Davis decided to take a long, hard look at the comics and he saw that dogs were doing very well, but there were no cats at the time. Davis figured that since he had grown up on a farm with 25 cats that he could come up with a strip based on a cat. He then proceeded to create a new strip with a cat as its main character and thus created Garfield, who borrows the first letter of his name from Davis’s earlier work.

A bit of history about Garfield, it is told that he was born on June 19, 1978, in the kitchen of Mamma Leoni’s Italian Restaurant to his mother and his unnamed father, weighing 5 lbs and 6 ounces at birth (This was the actual birth weight of Jim Davis’ son, James). He has loved lasagna since the day he was born, and it has always been his favorite food ever since. Unlike the majority of his family, even his parents, who were rodent preying “mousers”. The restaurant owner of Mamma Leoni’s Italian restaurant had to choose between keeping Garfield or closing down his restaurant due to a lack of pasta, so Garfield was sold to a pet shop. On the same day as his birth, Jon came to the pet store and had to choose between Garfield, an iguana, and a pet rock. In the November 14, 1978 comic strip Jon quoted, “I love cats. I wanted a cat… So what do I do? I go to the pet store and ask for a cat. What do they give me?… A lasagna with fur and fangs.” 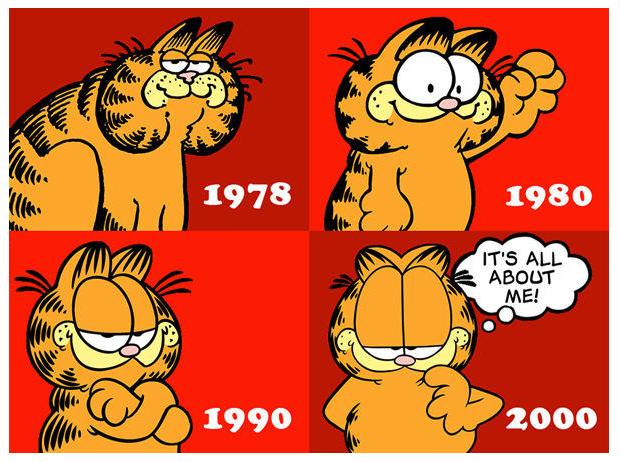 So in suit with celebration of Garfield, let’s celebrate laziness, obsessive eating, love for lasagna and coffee and hatred of Mondays and diets. How will you celebrate? How about share with us your favorite Garfield memes or comic strips in the comments? And if you share a social post, be sure to tag @nnsocial/#nnsocial and #GarfieldTheCatDay. 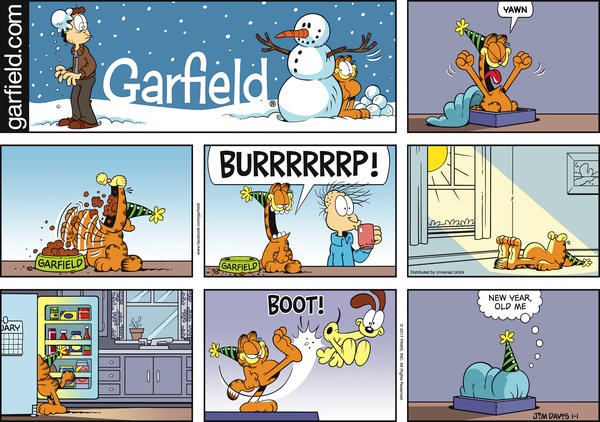