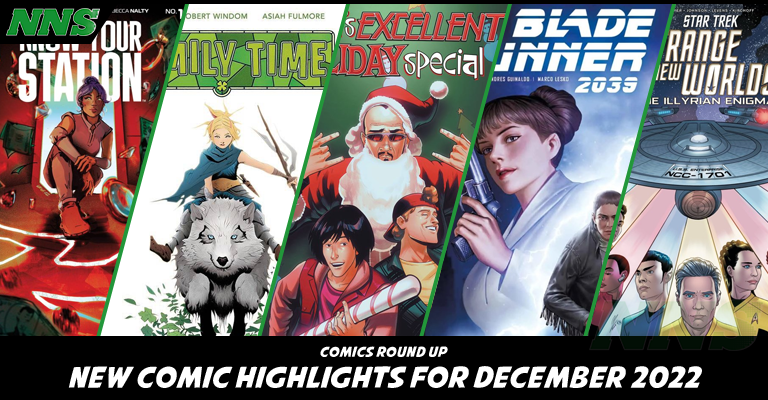 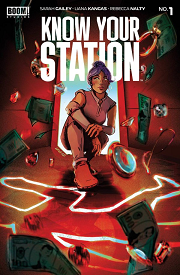 After the wealthy flee earth to a space station, they thought themselves safe from the chaotic and dangerous planet. When Elise, an employee on the station finds a murder of one of the 1% she gets rapped up in the investigation. Created by Sarah Galley with art from Liana Kangas. 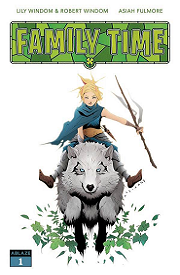 When vacationing in Ireland an unassuming family gets sucked back in time a millenium. Things are made worse as they must deal with tyrants, and newfound powers all stand in their way to finding a way back home. Created by Robert and Lily Windom with art from Asiah Fulmore. 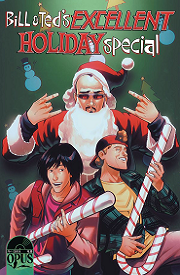 A holiday adventure staring not only your well loved Bill and Ted, but also Rufus! Can the Wyld Stallyns share joy to the world? Created by John Barber with art from Wayne Nichols and Reilly Brown. 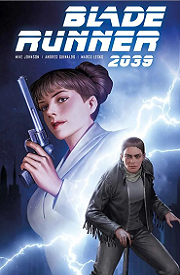 Set in Los Angeles 2039 in the world of Bladerunners a new form of Replicant is released and they are ‘perfectly obedient.’ With the ban lifted only on the new models the older units are still hunted. Cloe Selwyn returns to the series to seek out aging Aahna Ashina for her Blade Runner skills to find the Replicant copy of her real mother. Created by Mike Johnson with art from Andres Guinaldo. 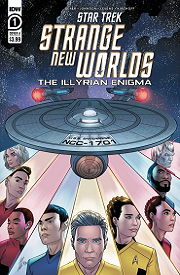 Set between the first and second season of the show, this comic will continue the journey as Captain Pike looks for evidence to prove his first officer’s innocence. Created by Kirsten Beyer and Mike Johnson with art by Megan Levens.