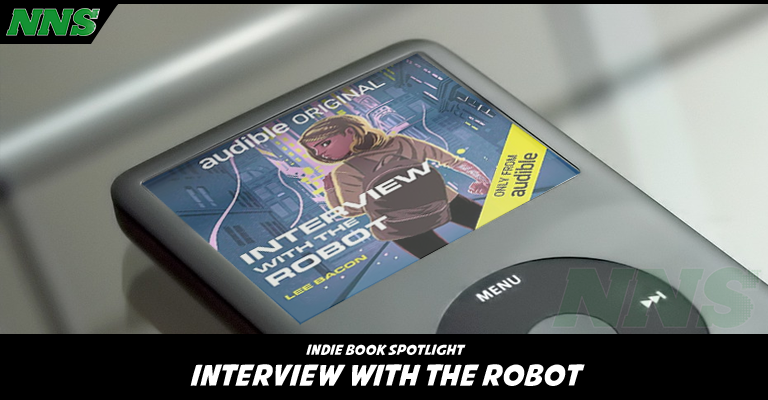 Hi there, Readers! This month I decided to offer up something a little different.

Let’s take a moment to talk about Audio books.

Audio books aren’t exactly a new concept – in his fantastic book On Writing: A Memoir of the Craft, Stephen King states that of the many books he reads every year, a good sized chunk of them are Audio versions. This dates all the way back to the days when they were literally called Books on Tape. In fact, he even had his son read books without audio versions using a cassette recorder so he could read them on commutes. And that’s the term he uses, too; he says that he reads them. According to a study performed in 2016 by Beth Rogowsky (An associate professor of Education at Bloomburg University of Pennsylvania) Audio books engage us in the same way printed ones do.

They have stirred up some controversy more recently. Specifically Audible. Their new speech to text feature is stirring up dissent (And lawsuits) from the Big Five publishing houses. The licensing of Audio books is different to that of print media, so they see this A.I. based replication of texts as a workaround on Audible’s part, allowing them to provide text versions of books they don’t have a license to reproduce. Audible states that this isn’t entirely accurate as they’re just providing an artificial ear to listen to the audio, which then transcribes what it hears. They even offer a disclaimer with the service that this transcription may not be entirely accurate and isn’t intended to replace the original, print version.

Speaking of Audible, and A.I. that brings me to this month’s tale. Lee Bacon‘s Interview with the Robot.

I’m a sucker for a good robot story. From Star Trek’s Data to Megaman, I love stories about androids with artificial intelligence and how they fit into the world of human beings. (But I’m also inclined towards thanking my various voice assistants when they provide an answer to a question or perform a function for me. So. Take my fascination with a grain of salt.) Interview with the Robot is a really nice, if somewhat short, story featuring one such android.

So, let’s power on and check it out.

Author: Lee Bacon
Formats: Audible Audiobook
Price: Free with Audible subscription at this time, $5.95 otherwise
Length: 3 hours, 42 minutes
Number of books in the series: Only one.

We begin our story in New York City. Eve, our protagonist, is blatantly stealing a few necessities. Just things that you need when traveling the big Apple. Statue of Liberty key chain, a T-Shirt that reads “Retired and Loving It!” Y’know. The basic sort of stuff desired by every 12 year old girl.

She is, of course, arrested and taken into custody to be interviewed by an officer from Child Protective Services; Petra Amis.

Eve admits that she orchestrated this heist with only one motive in mind. She wanted to be caught. You see, being inside is her safest bet right now. There are people looking for her, and needless to say, they aren’t exactly nice people.

Eve admits to Petra that she isn’t your average 12 year old girl. She is, in fact, the creation of Eden Laboratories. A perfectly human-seeming android, recreated down to the very last detail to mimic a pre-teen girl. Petra is somewhat skeptical of this until Eve peels back a section of her synthetic skin to reveal the wires, servos and synthetic musculature within. Sufficiently convinced, Petra listens to Eve’s tale.

We hear about her life, from a small gray box attached to cameras and batteries, unable to move, unable to speak with her own voice, all the way through to fully functional android. We especially get to hear about her “family”; David Sharp, her creator, and his thirteen year old son, Emery. The key focus is her relationship with Emery, who at first seems to regard her as another cool device created by his Father and his company… but after a short time, he seems to develop genuine affection for the little gray box. He becomes her teacher. A real person to interact with as opposed to the seemingly endless Turing tests she has to go through online.

Eve is a marvel in her intelligence when it comes to facts and figures, of course but this is a typical fish out of water story too, where she has to learn to deal with people and the social pitfalls of being a kid. That’s not exactly something you can program into an android, after all.

Of course, this dynamic can’t last forever and we know that things, at some point, sour beyond the point of repair and send Eve on a mission to escape the corporation that created her. What happened? You’ll have to read to find out.

It’s an extremely engaging tale. It had me interested until the end, without ever falling into any tiresome moralizing as stories about androids and A.I. tend to do. You know the sort. “We’re trying to play God, what has science done!?”, cue hand wringing. Or as Ian Malcolm puts it in an unrelated tale of science going awry, “Yeah but your scientists were so preoccupied with whether or not they could, they didn’t stop to think if they should.”

Of course they should.

The android in this story is placed firmly in the role of the protagonist. We’re never asked to debate with ourselves whether she should Be at all. I like that. It’s something we don’t see a lot of and it’s honestly refreshing.

In terms of the presentation of the book, it’s an audio drama styled book, with different voice actors and sound effects and something of a score where appropriate. The performances are all really great – the voice actors do a fantastic job with the material. I’d say that the voices of Eve and Emery maybe sound a little older than 12 and 13 respectively but it’s a minor worry in comparison to how they work with the characters. Eve especially, going from emotionless Siri/Alexa/Bixby type dialogue to a more real sounding person’s voice shows great range.

It does get pretty heavy at some points, and while I do think this would be a great book for younger readers, those heavier emotional beats may be even more impactful due to the Audio book format.

All in all, this is a really fun, if short, story.