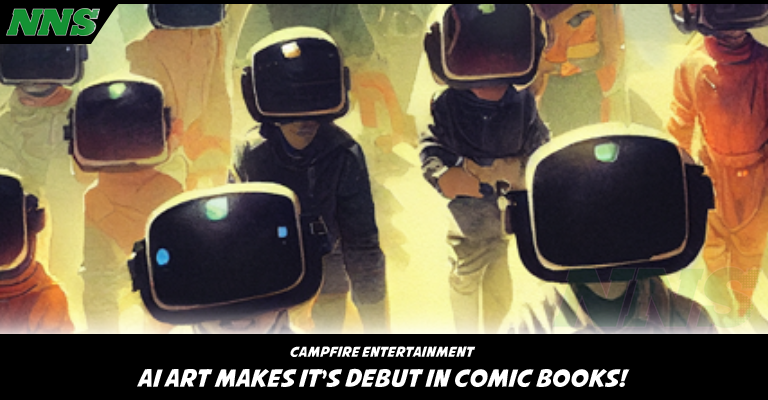 Campfire Entertainment is releasing their new series, The Bestiary Chronicles, which you may have heard is going to be the first-ever comic book series where the art in the series will be made entirely with art generated by Artificial Intelligence.

Even more meta is that the story of the series is about the rise of AI and monsters against an unprepared and unwilling humanity. Even more fitting though, the series is now available to be enjoyed from downloading.

To meta for you yet?

The first issue THE LESSON talks about the last humans working together in a post-apocalyptic civilization. The second issue, SUMMER ISLAND switches to remote village with a dark secret. The third and last in the series EXODUS showcases humanities last chance to save themselves from the monsters that plague them.

The The Bestiary Chronicles series is available for download Here and are a trilogy of books available in both PDF and CBZ (Comic reader format).