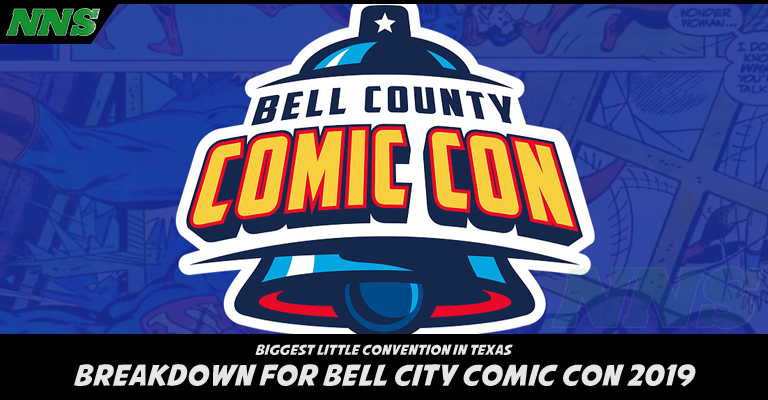 As a recent transplants to Central Texas, my wife and I were excited to get a feel for the horizon of nerd culture in big sky country. Since moving, we’d seen a few cars with full body vinyl wraps advertising Bell County Comic Con. Emblazoned with a rendering of Goku and Saitama in mid-air battle, we knew we’d be attending. 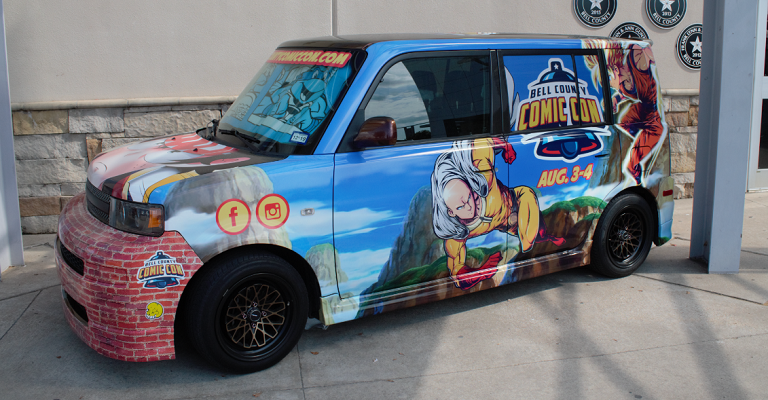 Clearly a local gem, we weren’t disappointed by what is a fantastic convention with all the benefits of a gigantic convention without the difficulties of an overwhelmed infrastructure that comes with some cons. Hosted in the simple semi-rural Bell County Expo Center, there were three buildings of vendors, artists, celebrities, local businesses, and others out to interact with the public at large. Panels included a FAQ on costume armor, and both kids and adult cosplay contest. The following are a few highlights of the two day convention. 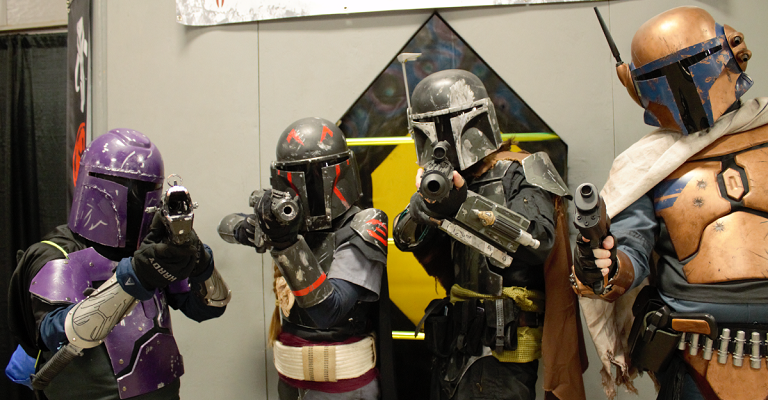 An entire corner of Hall C was taken up by the 501st, Mandalorian Mercs, and the Sabre Guild. Most people in the geek-sphere have at least a tangential knowledge of the 501st, but the Sabre Guild and Mandalorian Mercs are a little less known. The Sabre Guild is an international costuming and choreography group dedicated to lightsaber dueling and the Mandalorian Mercs are similar to the 501st, but with a little more freedom as they aren’t as concerned with consistency in any non-established character. This allows you to flex your creative muscles to form your own story and look for your merc. If you have an interest in cosplaying from a galaxy far far away, check out any of these great organizations. They all host local build parties where you can learn a lot of costuming and fabrication skills, and share in your Star Wars fandom. They’re also always looking for non-costumed handlers and spotters to help people in fantastic, but moderately impractical outfits navigate events. So even if you have no desire to be in costume, but want to support some truly amazing organizations, reach out to your local chapter at 501st.com, mandalorianmercs.org, or look for your area’s Saber Guild on . 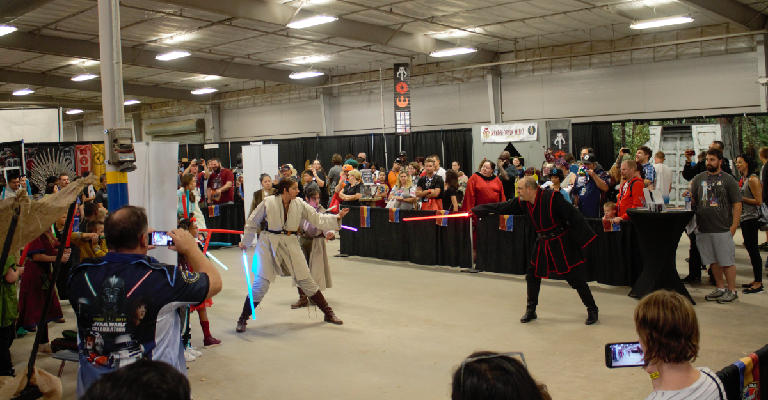 There was a fantastic line-up of TV and film actors from the 80’s to contemporary. A common thread this year was the late 80’s and early 90’s featuring Kevin Sorbo (Hercules: The Legendary Journeys), both Daphne Reid (the 2nd Aunt Viv – The Fresh Prince of Bel-Air) and Karyn Parsons (Cousin Hillary – The Fresh Prince of Bel-Air), and two of the original series and beyond Power Rangers Walter Jones and Catherine Sutherland. The Biggest draw, and basis for much of the promotional art was both Max Mittelman (Saitama – One Punch Man) and Sean Schemmel (Goku – Dragonball Super). Unfortunately due to family emergency Sean wasn’t able to attend, but Max still gave a fantastic one man panel.

One of the stand-out artists present was Mermaid Ink Comics, who had an exclusive Cryptid field-guide, but also had the first in a series of horror zines exploring the pain and torture that can surface in the LGBTQ experience, with each volume represented by a color in the pride flag. Their first issue INDIGO is available now at mermaidinkcomics.com. 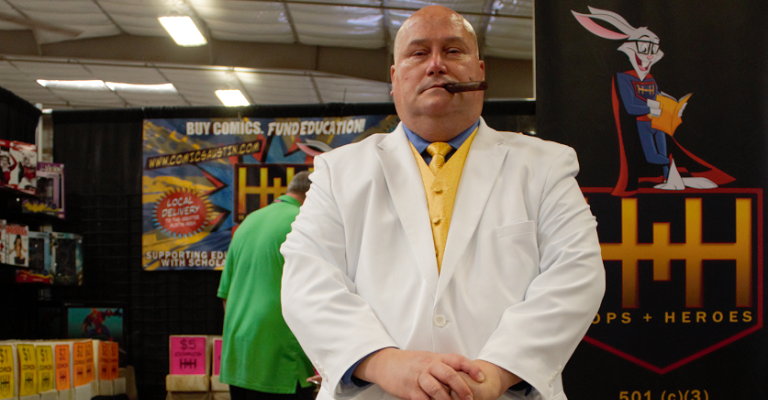 Hops + Heros also made a showing, with one of their organizers in a perfect 90’s era Kingpin cosplay. Hops + Heros is an Austin based charity based on selling comics to fund educational programs. They currently give an annual scholarship and are creating comic themed resources for parents, teachers, and students to help promote literacy Check them out at comicsaustin.com to buy some comics and help promote education with something we all love.

Indie retro game dev Ultra Dolphin Revolution was showing off their newest game in current development for the Nintendo Switch titled Real Men Use Items, a 4 player couch battle game with an emphasis on item usage, essentially the antithesis of “One on one me! Final Destination, no items!”. You play as one of 4 Peach-esque princesses on a forever looping screen bringing OG Mario Bros. into the current landscape in an old school way. Check them out at welcome.sca.org and get into the past like Carmen Sandiego would want you to.

Bell County Comic Con is a bastion of nerd and geek culture in a fairly rural area that is quickly becoming a staple. If you find yourself in Central Texas, it’s an annual delight not to be missed.

Check out the gallery for some of the cosplay caught out and about over the two day con. 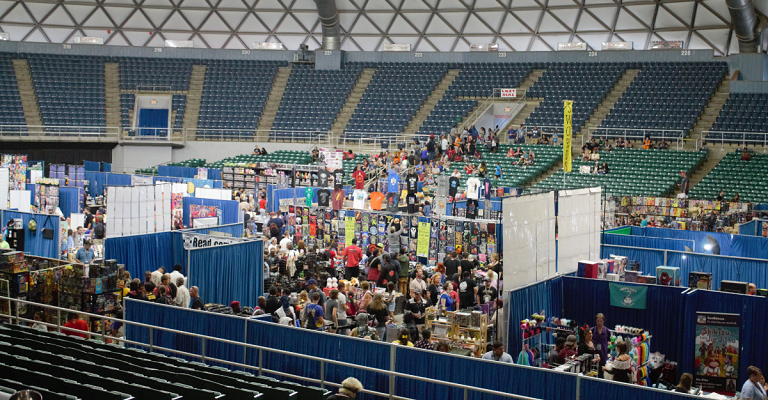