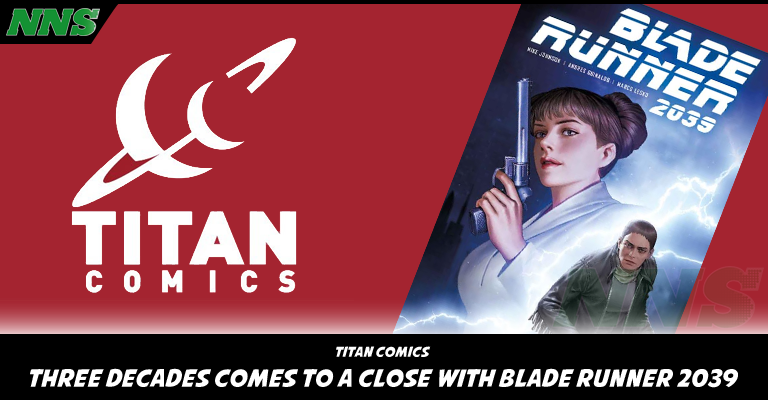 In the further partnership of Titan Comics and Alcon Publishing the world of Blade Runner will get even longer and longer.

The story started with the original Blade Runner, set in 2019, and then continued in the sequel Blade Runner 2049 flashing forward 30 years.

This new series will be a 12-issue run and is considered the conclusion of their story told over decades. The story will follow a female Blade Runner known as Aahna Ashina or “Ash.”

Three years after the release of Niander Wallace’s ‘perfectly obedient’ Replicants, and as such synthetic humans are no longer banned. Blade Runners still hunt down the older models though. When Cleo, the child from Blade Runner 2019, needs help finding her mother’s Replicant, she turns to disgraced and aging Blade Runner Ash.

Ash will clash with Luv―Niander Wallace’s deadly “First Angel,” which you might have seen in the Blade Runner 2049 movie.