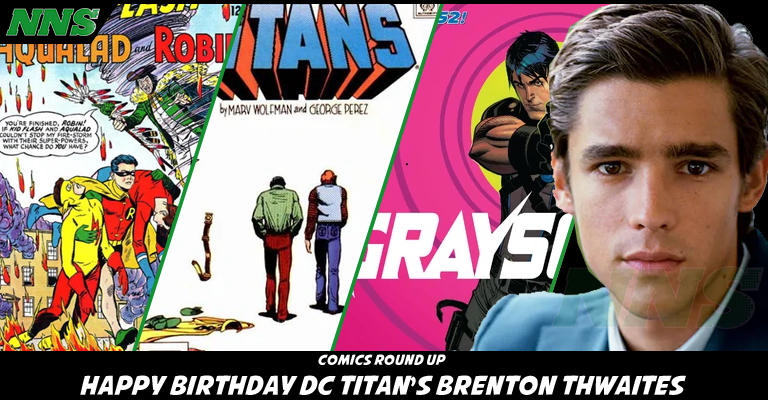 Brenton Thwaites was born on August 10, 1989 in Cairns, Queensland, Australia. While Titans was not the first rule that Brenton received, it is the first comic book role that he has taken on in his long career. He started acting as early as in 2010 but didn’t get his first major role until SLiDE and his character on the Australian soap opera Home and Away in 2011.

Since then he has stared in a lot of movies as well as one of the main characters in the last Pirates of the Caribbean film, Dead Men Tell No Tales.

While the role of Dick Grayson has been portrayed quite a bit in animation and live action, he is the first of five live-action actors to play the role to actually wear the Nightwing costume. This doesn’t count unofficial fan films.

Brenton enjoys being able to take the character of Grayson and portray him in a more mature and darker sense, in a world more grounded by realism then an animated series. His only downside is that he isn’t as physically skilled as the hero, so he doesn’t get to do all the stunt work as well.

We couldn’t make this article a Comics Round-Up without talking more about his famous character, Dick Grayson, so here our our suggestions for comic books to pick up about the titular character.

Did we forget your favorite Dick Grayson comic book? Let us know!