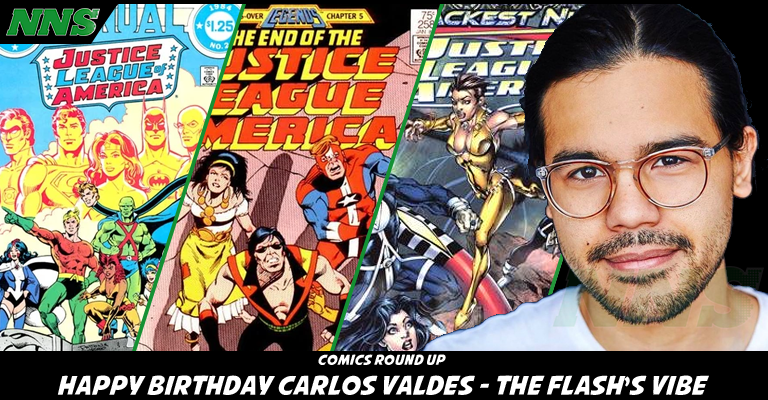 Today is Carlos Valdes’ birthday, the actor that brought Vibe into the real world with an impressive performance that spanned seven seasons of the hit CW show The Flash. Valdes was born on April 20, 1989, in Colombia, and came to the USA when he was only 5 years old. He lived in Florida until he was 12, and then moved to Georgia. He graduated from the University of Michigan and proceeded to perform in musicals and theatrical performances.

It was in 2014 that he landed the role of Francisco “Cisco” Ramon in the Arrowverse series. He even voiced his character in the animated series Vixen, and guest-starred on every Arrowverse show except for Batwoman.

As always, this is a Comics Round-Up, so we like to close out our article with a couple of comics we suggest showcasing the comic book character he is well known for playing. So here are our favorite and most important Cisco Ramon/Vibe comic books!

What’s your favorite Vibe comic book? Let us know in the comments!