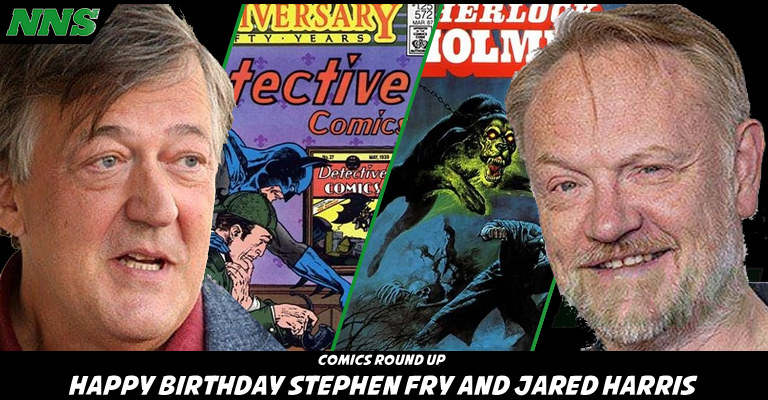 Today is the birthday of Stephen Fry and Jared Harris. Two great actors whose represented as Mycroft Holmes and James Moriarty in Guy Ritchie’s Sherlock Holmes film. It’s clear their involvement definitely helped the film be as good as it was.

When I found out their birthday fell on the same day, I couldn’t help but wonder if the two took the chance during filming to celebrate together. Do the two even know since both didn’t really share the screen together in the movie?

Regardless here are some fun facts about Stephen Fry:

Here are some fun facts about Jared Harris: