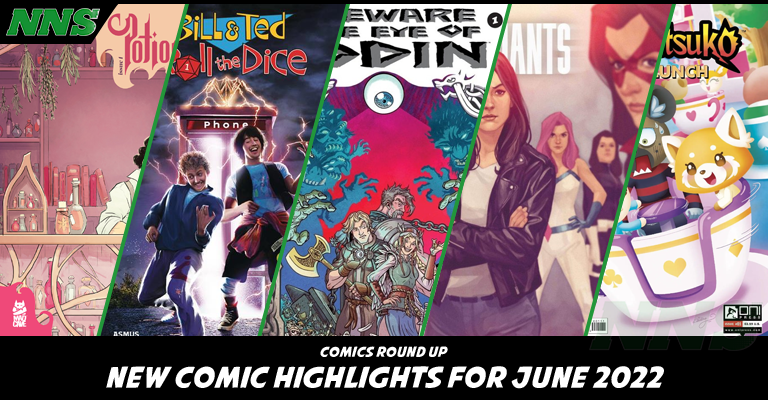 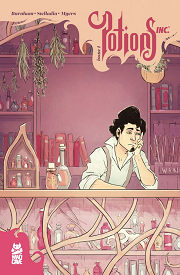 Potions Inc. #1 (from Mad Cave Studios)
Releasing June 8, 2022
Given a chance to run his family’s potion shop, Randelgast Jones rushes to adventure when a powerful artifact is stolen from his parent’s shop. However, his adventure takes a turn when he and his siblings find themselves in the realm of Earth. Created by Erik Burnham with art from Stelladia. 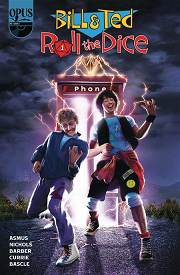 Bill & Ted: Roll the Dice #1 (from Opus Comics)
Releasing June 15, 2022
Bill and Ted are back again, reteaming up with Joan of Arc and some new friends in a Game of Dice against Satan himself. Can they make the saving rolls to save their souls? Created by James Asmus and John Barber with art from Andrew Currie and Wayne Nichols. 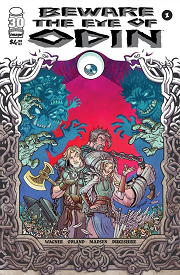 Beware the Eye of Odin #1 (from Image Comics)
Releasing June 22, 2022
When a prince finds the Eye of Odin he must seek out its owner and return it before curses befall him. Encounter Vikings, Trolls, Frost Giants, and Valkyries in this Norse journey. Created by Doug Wagner with art from Tim Odland. 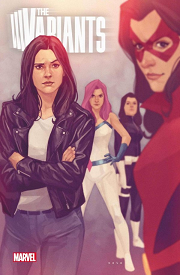 The Variants #1 (from Marvel Comics)
Releasing June 29, 2022
Made even more popular with Loki’s TV series, Marvel delves into the world of alternate versions of people. Jessica Jones stumbles upon alternative versions of herself throughout the Multiverse. What would you do if you met your other selves? Created by Gail Simone with art from Phil Noto. 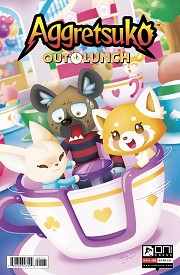 Aggretsuko: Out To Lunch #1 (from Oni Press)
Releasing June 29, 2022
Do you love Aggretsuko as much as we do? In this story, she and her coworkers go on a company retreat as Aggretsuko is bombarded with the idea of seeking her dreams. Can she make them a reality, or are dreams just dreams? Created by Josh Trujillo with art from Abigail Starling and Josh Trujillo.