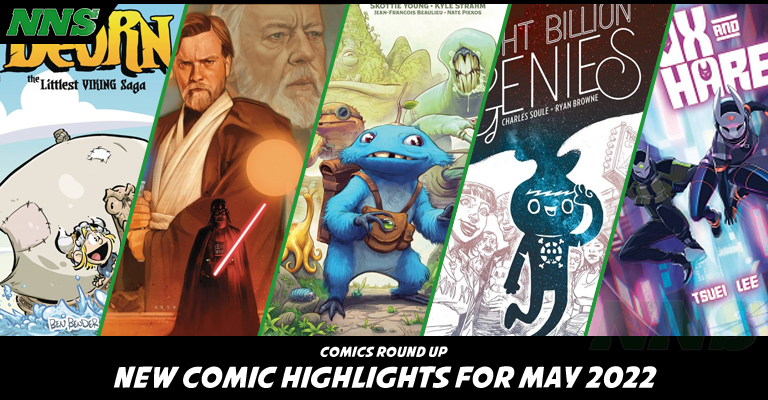 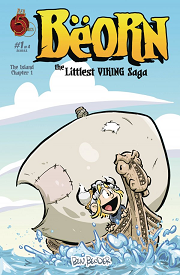 Beorn: The Littlest Viking Saga #1 (From Red 5 Comics)
Releasing May 4, 2022
A cute story about the smallest Viking as he adventures in myths and fairy tales. First starting off with an uncharted island and becoming more and more dangerous as he delves into his new and dangerous adventure. Created by Ben Bender. 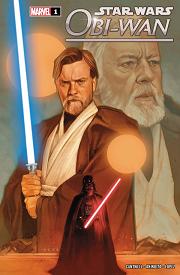 Star Wars: Obi-Wan #1 (From Marvel Comics)
Releasing May 4, 2022
Are you excited about the new Obi-Wan series coming to Disney+? What better a way to get ready for it than with a comic book series that showcases Old Ben going through his life as he waits and watches over Luke. Created by Christopher Cantwell with art from Ario Anindito. 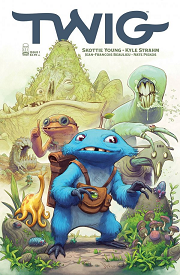 Twig #1 (From Image Comics)
Releasing May 4, 2022
Twig is a furry little adventurer setting out on a quest to save his world. While he is hesitant at first, his hope and the odds he must overcome will tug at your heart throughout this story. Created by Skottie Young with art from Kyle Strahm. This one also features a TON of variant covers! 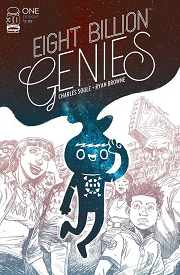 Eight Billion Genies #1 (From Image Comics)
Releasing May 11, 2022
Forget one genie and three wishes, what would happen if everyone on the planet got a genie and one wish. That’s what happens in this new series, as eight billion genies grant wishes and the fallout of the result in this eight-issue series. Created by Charles Soule with art from Ryan Browne. 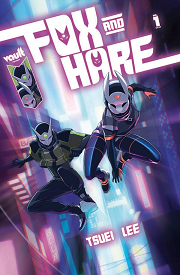 Fox and Hare #1 (From Vault Comics)
Releasing May 25, 2022
After a score puts hacker Aurora Yi into the crosshairs of a mega-corporation, she turns to the most dangerous mercenaries in town to protect her. But can Fox and the Hare keep her save against Synastry Designs? Created by Jonathon Tsuei with art by Stacey Lee. We prior mentioned this in our February article, but it was held back a couple of months.