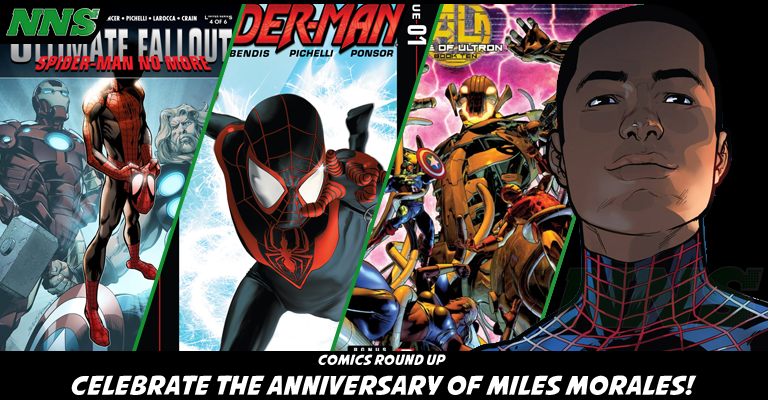 When the Ultimate Universe was collapsed into the regular universe, some changes occurred within the Marvel line-up. One other big change was the swapping of the traditionally white Nick Fury to the current Samuel L. Jackson look alike that exists in the comics today.

It’s also interesting that the Miles Morales character had such a major effect upon the Spider-Man movies. A lot of the aspects and personality for Peter Parker were used, specifically for Tom Holland’s character, and are complete lifts from Miles Morales’ character.

In recent years Miles was given more attention thanks in part to the success of the first movie in the “Into the Spider-Verse” collection.

Additionally Insomniac Games even included Miles Morales in its Spider-Man game for Playstation, and then even gave him his own quasi-expansion storyline set in that game world.

Here are some of our favorite comic books that have included Miles Morales in the past.

Did we leave out your favorite comic book with Miles Morales in it? Tell us which one of you would have suggested below.