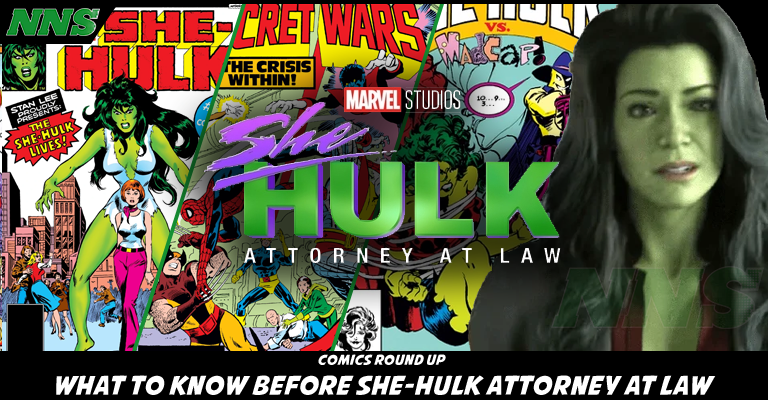 She-Hulk is an amazing character. What might have started off seeming a lot like an easy cash grab, a female version of an existing hero ended up something better than the sum of its origin. True believers know She-Hulk is a story about a woman torn between two worlds.

Jennifer Walters is an attorney and cousin to the green menace Bruce Banner. Unfortunately though, a criminal aims to murder her. He even almost achieves his desired result. Jennifer Walters is left dying and in need of a rare blood donation. Knowing the risks, but also the result if he abstains, Bruce shares his blood saving her life. Jennifer survives but the worst happens and she now has the powers and drawbacks of the Hulk.

Unlike the savage nature of the Incredible Hulk within Bruce Banner,  her Hulk form does not bifurcate or separate her personality into two forms. She is herself but in peak physical form, taller, green, and with a shorter fuse.

In the comics she has taken up many mantles from feminist icon, an attorney for superheroes, too even surrealism as her character constantly breaks the 4th wall even more than Deadpool in some of her issues.

So with that in mind let’s talk about our favorite comic books featuring the green fem-fatal with a juris doctorate.

Did we not mention your favorite comic book featuring She-Hulk? Tell us which one you would have included down below.