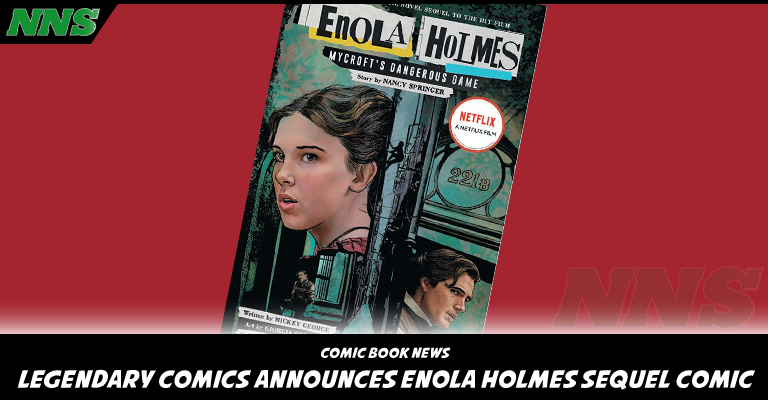 Enola Holmes will return in the sequel to the Netflix movie, but you may not have to wait that long to return to the world of Sherlock’s younger sister. On August 23, 2022, a Young Adult graphic novel will be released to continue the first film.

The new story is titled Mycroft’s Dangerous Game tells of Enola attempting to get something back that Mycroft took from her, however before she can, Mycroft gets kidnapped by anarchists. Now Enola will use the help of Lord Tewkesbury and a street child named Shag to save her brother and foil the anarchist’s plans.

This story is set within the world of Nancy Springer but is specifically written by Mickey George and art from Giorgia Sposito.

While it isn’t available yet, it will be available for pre-order closer to it’s release Here.