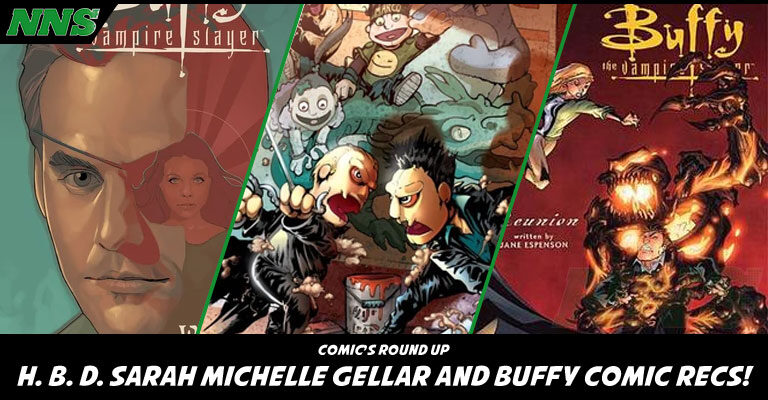 Today is the unstoppable slayer, Sarah Michelle Gellar’s birthday, we hope that she gets the chance to celebrate it in style!

Don’t know the name off the top of your head? Sarah Michelle Gellar got her start acting in a made-for-TV movie at the young age of 6, but find her place in the world of teen drama and soap operas by the early 1990s in her early teens. However, for most people here on this site, or that followed the link, You know about Sarah Michelle Gellar due to the amazing show she was a part of, Buffy The Vampire Slayer.

Gellar played the main character in the series at the age of 20 in 1997, playing a Los Angeles girl throw into a smaller Northern California school after the separation of her parents. The truth is her becoming The Slayer put an undue strain on their relationship and she in some part carries that weight on her back. This interesting story based on the original concept for the movie released five years prior starring Kristy Swanson.

Gellar, and the amazing cast, made the series soar in ratings, and lasted seven seasons, and spawned a spin-off series.

Once the show was over though, it wasn’t the end of the story, as the lore of the world pushed on in the spin-off for another year, and in the several comics that continued the story of the Slayer(s) and Scooby Gang.

It’s funny when you realize that the group of Buffy supporters in the show was called the Scooby Gang, and then Sarah Michelle Gellar went on to star as Daphne in the live-action Scooby-Doo movie.

In celebration of Sarah Michelle Gellar’s birthday and her most famous character, we are going to share our favorite Buffy the Vampire Slayer Comic Books for fans to pick up! 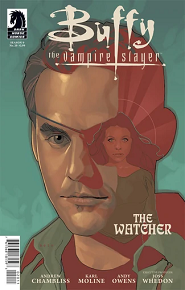 The Watcher (Released in April 2013)
The group is fractured, and in no small was as a result of the death of Giles. With no magic, Dawn is disappearing, and Xander has to make a hard choice to betray his friends, to save his friends.

Written by Andrew Chambliss with art by Karl Moline. 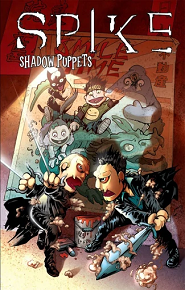 Spike: Shadow Puppets (Released in June 2007)
While the canon of this series is in question with the Buffyverse comics due to their being two different comic book publishing houses, this is actually one of my favorite stories with Buffy characters.

In this four-issue series, Spike heads to Japan to stop the newest version of Smile Time, an incredibly popular episode from Angel Season 5, and events get out of control when this time, Spike gets the puppet treatment.

Written by Brian Lynch with art by Franco Urru. 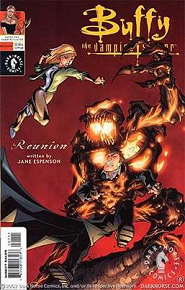 Reunion (Released in June 2002)
Taking place during the actual seasons of Buffy the Vampire Slayer and Angel, this comic tells the story.. or rather the story of… the story of what happened when Angel found out that Buffy had returned from the dead once more after the conclusion of Season 5. While the show’s scripts kept their mouths shut as to what happened in that fateful reunion, this comic and Buffy’s friends do not.

Regardless of which Buffy comic you pick up today, send those well wishes to Gellar, and I’ll see you here next week for another Comic’s Round Up!