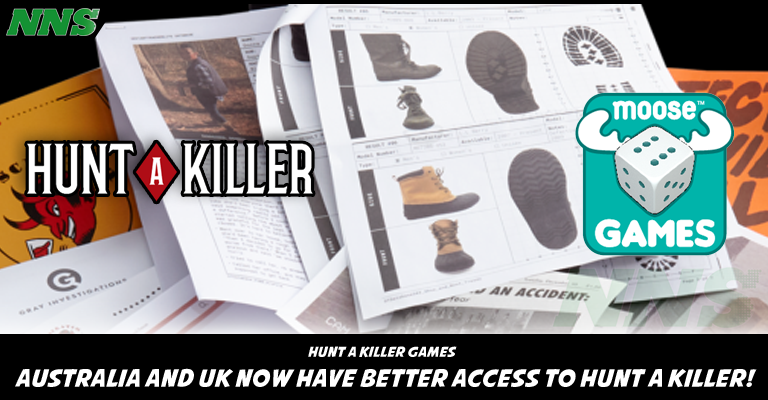 Are you a big fan of escape themed adventures, or murder mysteries? Well then you’ve probably seen our prior articles talking about the great work performed by Hunt A Killer. If not, then see our article Here and Here!

This creative and fun company makes immersive entertainment with themes like mystery, sci-fi, and horror.

Now the company is increasing their reach around the globe thanks to a multi-year international licensing deal with Moose Games.

Moose Games is a company that partners with only the best game developers to produce a broad range of board games, card games, and most importantly educational games for everyone.

But why is Hunt A Killer partnering with Moose Games? Because Moose Games will be distributed Hunt A Killer games throughout the UK and Australia! This will allow all the fans of the experiences to finally get their online buddies around the world access to what they’ve already been loving!

Specifically traversing the world will be Hunt A Killer’s popular games: Death At The Dive Bar, Dead Below Deck, Body On The Boardwalk, and Murder At The Motel.

Hopefully more games will be released in the future with the platform, as these standalone games provide players the opportunity to become detectives and solve mysteries.