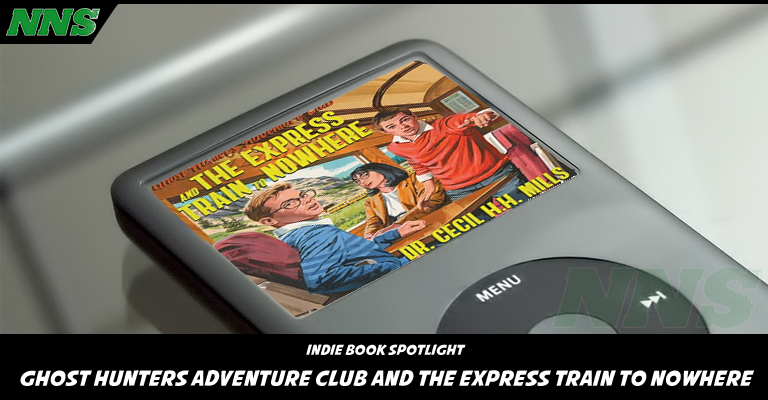 Hey, Readers – welcome back to our monthly book spotlight. I’m Jim, your dauntless literary super-sleuth, here to overturn every page and judge every cover until our thirst for good novels is slaked. Welcome!

So, this isn’t my first Dr. Cecil novel. I reviewed the first in this series Here and it was a great time. (It doesn’t come close to Dr. Cecil’s earlier adult novels, but I try to keep these articles kind of light without the dense, pages long discourse it would take to spotlight the likes of Cerberus from on High.) This is the second book from the Game Grumps after the aforementioned one and if you’re not familiar with the Grumps, I give a pretty good primer for their other accomplishments in the above linked article. Again, it’s nice of them to lend their platform to Dr. Cecil to help him reach his target audience of young adults. (He’s Arin Hanson’s Uncle, so, y’know. Nepotism.)

So, let’s gather up our mystery solving supplies and board the Harborville express. We have a leadership summit to attend. (And a Yacht Plan to enact.)

Straight from their success in the matter of the Grande Chateau, J.J. And Valentine Watts along with the newest member of the gang, Trudy De La Rosa, are rushing towards the Harborville Express to attend the first ever Ghost Hunters Adventure Club Leadership Summit: The goal? To become a more cohesive team, learn what it really means to be a great leader for an amateur detective agency and come up with a mission statement. All pretty standard stuff.

They make it with moments to spare and once aboard we learn two incredible things: One of their old associates from a past life of less than noble deeds is there to throw ice water all over their plans, and train law is a very real concept. What happens on trains is governed by a set of laws that differ from those in non-train areas.

There’s also a set of incredibly valuable jewels on board – the Ruby Jewels of the Duchess of Cordelia. They’re being transported by Rudith Espiritu, an elderly museum employee. Then there’s a train nerd convention going on on the very same train as well as a baseball team (The Harborville Elks) and an investigator from Neutral Moldevik (Cordelia’s neighboring country and a fierce opponent to them on the world stage) by the name of Sandor Horvath.

Dr. Cecil H. H. Mils himself is also in attendance.

The jewels are stolen (Because of course they are.) and a dense plot follows; international relations, baseball, ghosts (Figurative.) of the past coming back to haunt our heroes, a salt mine, train law and a death in the family.

Despite trains having a fairly well prescribed route, this book is full of twists and turns.

I really did love the first book in this series so I had high hopes for this one too. Thankfully, I wasn’t disappointed. If anything, this one is actually better than the last. We get quite a bit of character development for what is, essentially, a very humor-focused book.

Much like the prior novel, despite the hilarity this is a pretty solid mystery story as well. The junior detective story was one of my favorite genres as a kid and these books take what I loved about those and build on it all in a pretty solid way. Being that this one takes place on a train, I’m immediately brought to think of Murder on the Orient Express by Agatha Christie as well. It’s an Hercule Poirot novel and I’m pretty sure that Sandor Horvath is a bit of a riff on Hercule’s character. I love it.

Again, Dr. Cecil has opted to make himself a character in his own story and this affects things in a pretty bizarre way. I won’t spoil anything but I’m a bit divided on it if only because I am, personally, not the biggest fan of meta-humor. But that’s just me and your mileage may vary!

In short, I highly recommend this manual for a get rich quick scheme called The Yach Plan. Get your stencils and T’shirts out… it’s going to be a long night, but all this impending work will make our jaunts on that sweet, sweet yacht all the more worthwhile.