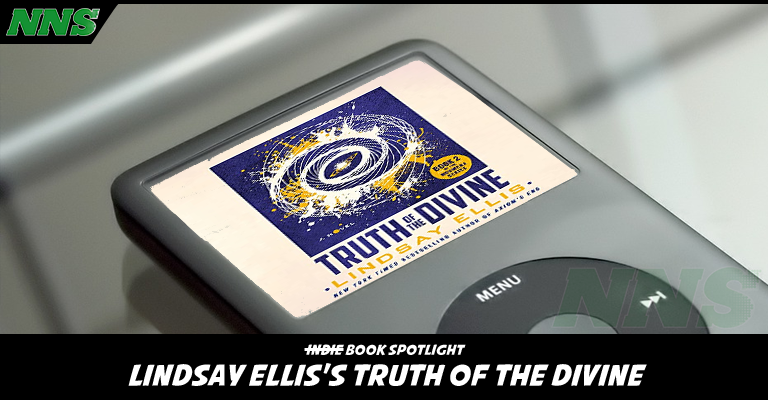 Welcome back, Readers! Hopefully your Spooky Season was a hit and you’re settling into that mellow fall feeling. It’s the perfect time of year to curl up with a good book and I have opinions on that topic for you. (Because of course I do. Why else would you be here, right?) For those of you in the southern hemisphere… you can read in Spring as well, I promise!

So, I feel kind of bad – I wanted to review this one when it came out but the past year or so has been kind of crazy and it fell off my radar. Still! Better late then never, right? I really enjoyed the first in this series so thoroughly that coming back to it with the sequel was fantastic. I hope you’ll agree!

Two things before we dive in – The Author starts this work with something of a content warning and so I figure I ought to do the same. There are some pretty gripping depictions of trauma, PTSD, mental illness up to and including suicide, death, gun violence, sexual situations (All consensual; while some of these situations are… tense, none of it is abusive or violent.) Also, you may catch some melancholia based on depictions of humanity at its worst, talk of how huge and mostly empty the universe is and, being that I was listening to this via Audible, there’s a part in there that might make you develop ‘allergies’ in the middle of the supermarket while buying Beef Stroganoff ingredients. (No? Just me?) No spoilers but when you get there… you’ll know.

Second point! Probably goes without saying, but I say it every time so… why break tradition? This is a sequel and as such, I can’t discuss it without some spoilers for the first book in the series, Axiom’s End. You have been warned! My best reccomendation is that you read Axiom’s End before finishing this Spotlight. (It will still be here when you’re done. I’ll wait.) And if you’ve already read it and want a refresher, here’s the Spotlight I did for Axiom’s End.

So! Grab some tea and a big ol’ blanket, get cozy and let’s contemplate the Truth of the Divine!

Author: Lindsay Ellis.
Formats: Kindle, Hardcover, Paperback, and Audiobook.
Price: $12.99 for Kindle, $14.99 for Hardcover, $11.79 for Paperback, $27.28 for the Audiobook, or one Credit on Audible.
Length: 488 pages or 17 hours and 19 minutes in audio format.
Narrator: Abigail Thorn, Kaveh Taherian, and Stephanie Willis.
Number of books in the series:2 at the time of writing.

So, to keep it brief, Cora Sabino is the human proxy of the amygdaline alien, Ampersand. She has been granted tech that allows her to communicate directly with him, and thus far she seems to be the only Human being he really wants to talk to. He’s in the custody of the U.S. Military and she’s been employed by them as a go-between. It doesn’t pay much and comes with no real benefits which is particularly unfortunate because Cora is dealing with some serious anxiety issues owing to being, basically, torn in half by a less gentle member of the amygdaline race. When placed into situations where powerful men are grilling her for information that she just doesn’t have, she’s set off and has a full-blown anxiety attack.

Ampersand, despite his reluctance to deal with the Government, is more than willing to spirit Cora away and try to calm her. They have shared a particularly special connection since Ampersand pair-bonded with her. This is an amygdaline process that connects members of that species to one another… and honestly, he wasn’t even sure it would work with an alien like Cora. But it did! With a twist… there’s an empathic connection there that’s not a normal part of amygdaline pair bonding. Ampersand can feel what Cora is feeling. She can, likewise, sense his emotional state as well. This is troubling as she can’t get the medication and therapy she needs to deal with the trauma she’s been saddled with. He offers to help in his own way, implanting probes into her brain to monitor chemical fluctuations and electrical activity… but what she really wants is just his company. She’s conflicted about it, but curling up with him on her small bed is comforting. His presence relaxes her. She has come to care for him quite a bit, as strange as any of this would look to any outside observer…

Suddenly, there’s a massive rend in space. Huge, powerful enough to obliterate planets; a literal folding of space and time that, if it were unchecked could be one of the most destructive forces the cosmos has ever known. Luckily enough, it’s not unchecked and instead is extremely controlled. Specifically by someone from Ampersand’s past. Cora isn’t the only creature Ampersand has pair bonded with in his thousand year lifetime. (One of these few is Obelus, who tore Cora open in the first book.) The thing with amygdaline lifespans is that they’re so long, they tend to pick a predetermined date for mutualistic suicide between all members of these pair-bonded family units. Ampersand’s Best Used By date passed by a while ago and his remaining Beloved is here to remove him from the shelf. (So, relationship status ‘It’s Complicated’?) Of course, planet Earth in its entirety noticed this eruption of cosmic force and it has riled up some fantastic members of our society. (Remember, this is an alternate time line where George Bush stepped down and left Dick Cheney in charge.) There’s an event out in the desert that Cora and her CIA handler attend along with someone else who Cora refers to as Murder Dude for an amusingly long time.

This is Kaveh. Journalist and sometimes collaborator with Cora’s Father, Nils Ortega. He’s the first to meet Ampersand’s rougue beloved and it sparks an interesting dynamic.

I really can’t tell too much more without getting way, way too spoilery. You’re going to want to experience this stuff for yourself, believe me!

I thoroughly enjoyed this entry into the series. It’s very dark, overall, so, the perfect middle entry into a trilogy. Kaveh was an especially wonderful addition to the cast, as is the new amygdaline on the block. The pacing is fast but never to the point where it’s overwhelming or easy to get lost in the order of events – like the last book, it’s primarily a character driven novel dealing with extremely human characters in a world that’s been pierced by the fantastical. We get additional context from news reports, e-mail conversations between key characters, and even message board posts ala Reddit or… whatever was Reddit back in 2007-2008. (Myspace? Livejournal?)

There’s definitely action involved, too. But that’s not the central focus. It’s more about building bridges across huge cultural lines and the human race’s various levels of comfort with that concept as a whole.

Again, I’m reviewing the Audible version and I have to say, all the voices here are just sensational. Kaveh Taherian voices Kaveh Mazandarani and just makes him so immediately likeable. Stephanie Willis once again does an awesome job as Cora… honestly? Sometimes a little TOO awesome. Look, I’ve never been shy about the fact that I’m a giant baby when it comes to realistic depictions of violence, trauma, explicit suffering. There are parts in there where her depiction of Cora coping with heavy stuff where I was literally wincing. (It’s great! You’ll love it!) Abigail Thorn does a fantastic job with new reports and the like – she sounds perfect in the role.

All in all, I highly recommend this story! I can’t wait for the third installment!