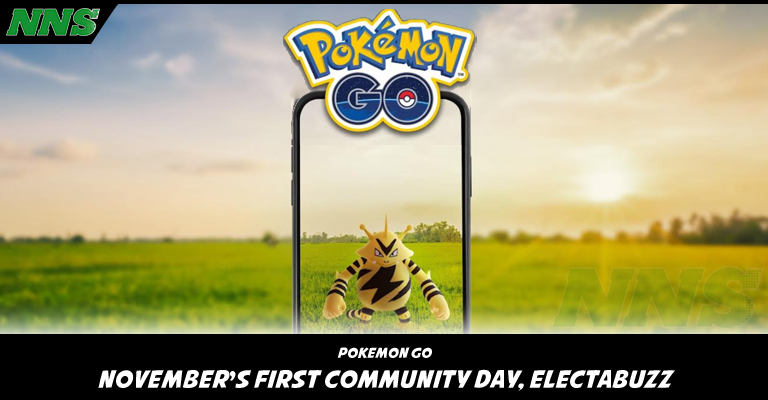 This month we get not one but two Community Days! These are somewhat unique as they’re going to, primarily, feature not first stage but second stage Pokemon! The one we’re concentrating on today, however, is Electabuzz.

What bonuses can we expect? 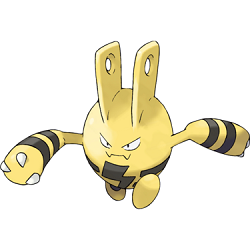 While not strictly the focus of this day, Elekid is the first stage of this line so let’s start at the very beginning; a very good place to start.

Elekid was introduced in Generation 2 to go along with the new mechanic of breeding. The little yellow spark-plug was one of the new line-up of baby Pokemon, also including Magby, Smoochum, Igglybuff, Cleffa, and Pichu. You could hatch these cute little guys out of Eggs that you’d get from a perennially confused old man outside the Breeding Center near Goldenrod City if you left two compatible Pokemon of opposite genders in the care of he and his wife. (No but seriously, he always says he has no idea how the Egg got there. Did he just skip middle school health class or…?)

Anyway, the Pokedex tells us that Elekid spins those beefy looking arms to generate electricity. Because it’s an actual infant, though, it can’t generate a lot. It loves thundery, stormy weather and will always play outside when the skies are dark with thunderclouds. When in your home, you’ll often see it chugging electricity from your outlets as it’s not great at storing power so needs a pretty steady supply. (Prepare for your electricity bill to skyrocket – better look into getting some solar panels and a Pokemon who knows Sunny Day!) If you place your hand between its horns, prepare for a jolt. 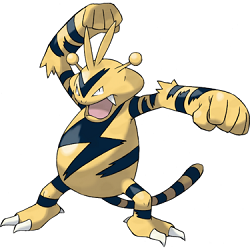 And here we are, ladies and gentlemen! The main event! The original! Tiger striped, sharp-fanged, and ready to roll like thunder! Electabuzz. One of the coolest additions to the original 151, this fella used to inhabit the abandoned power plant back in Kanto.

The Pokedex states that this Pokemon is often a cause of blackouts. It will gather in large groups at power plants to gobble down gigavolts. Some power companies have wised up to this and will employ Ground Types as a defense. In the dark, this Pokemon glows a blue-white with electricity. During stormy weather, they will compete to scale heights likely to be struck by lightning. In fact, some towns will use Electabuzz in lieu of installing lightning rods…. how does insurance even work in the Pokemon world?

In Generation 4 we got an evolution for Electabuzz allowing it to scale even greater heights. Trade your Electabuzz with the Electerizer item attached and you get Electivire. This Pokemon was one of many new evolutions added to old favorites for Generation 4, which had more additions to existing evolutionary lines than any other game before or since.

When this Pokemon gets pumped, it slams its fists against its chest and creates massive crackles of electric energy. The power it produces is proportional to its heartbeat – the more heated it gets, the more electric energy its opponents will have to deal with. It will jam its tails together against anything its fighting creating a deadly circuit that will incinerate most enemies in a flash. Phew!

So. Does its zap enemies into oblivion in Pokemon GO? Or is this a case of all sizzle and no substance? 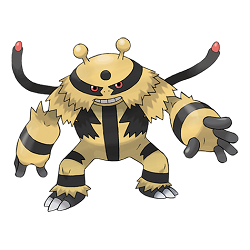 With a max CP of 3079, Attack of 249, Defense of 163, and Stamina of 181 this big yellow beast can do some damage but lacks a certain staying power. Low Defense and adequate Stamina mean that while it can dish out some tough hits, it doesn’t take punishment as well as others.

It’s a pure Electric Type which means it only has one weakness in Ground Type moves. It has three resistances, Steel, Flying, and Electric. Unfortunately, Ground Type is such a common sight in the game that this one weakness makes life a little tougher for Electivire. In terms of Fast Attacks, you get Low Kick and Thundershock with the latter being STAB. Charged Attacks are Ice Punch, Thunder Punch, Thunder, and Wild Charge. These latter three are STAB, obviously. The Community Day move being Flamethrower is interesting but does it help Electivire in the long run? Not really. It’s interesting but its coverage is limited in terms of Electivire’s weaknesses – Ice Punch offers superior Type coverage with its ability to tackle Ground Types.

Shiny Pokemon of this line are really pretty underwhelming – Elekid and Electivire are slightly different shades of yellow. Electabuzz is kind of a burnt orange color so easily spotted in the wild, but be careful when hatching and discarding Elekid.

And that’s all I’ve got for you, Trainers. Tune in next week as I go over our next Community day star, Magmar! As always, I wish you the absolute best of luck. Stay safe out there, folks!