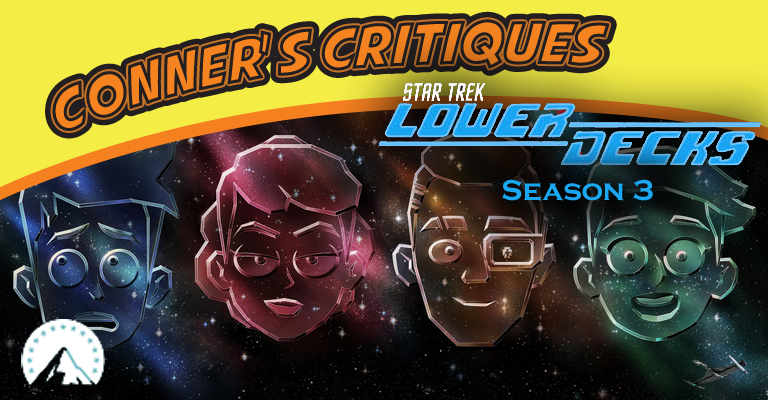 We’re a huge fan of adult animation and jump at the chance to watch any show! One series that has really stood out over the years of course has been Star Trek’s Lower Decks starring and amazing cast. It’s not afraid to make fun of itself, while also living in the shadow of, and excelling, Star Trek’s universe.

We got the chance to check out the new season, season three, and we jumped at it. You can see our prior seasons review Here.

As always we break down our review into story, acting, and overall. So let’s jump in!

The show leaves off last season in the middle of a cliffhanger. Captain Freeman is dealing with a potential Court Martial due to the events of the Pakled planet from the prior season. In true Lower Decks fashion though, nothing that main character’s do matters, and everything resolves actually pretty quickly before the show can return to its normal style.

It’s truly amazing how a show where the main characters aren’t important to grand stories, and their choices don’t matter, can actually still be in enthralling and engaging with massive stories whispered about in the background, even when they play this joke multiple times over the course of the series.

The one take away I can specifically say about this season is that due to it’s amazing work in the past, this season specifically leans back and enjoys nostalgia, returns to Deep Space 9, delves deeper into smaller character stories, and even returns for a sequel to a holo suite movie.

“This season definitely feels like a victory lap, but it definitely leaves you wanting more, and doesn’t take away from the show.”

The voice cast is once again amazing. The Lower Decks crew, Tawny Newsome, Jack Quaid, Noël Wells, and Eugene Cordero, does a great job showcasing their skills and experience through-out the show. I will specifically say that Jerry O’Connell as Commander Ransom does seem a little bit off this season, vocally speaking. I had to double check and make sure that Jerry O’Connell still voiced him.

Additionally with the rumors of the crossover between Lower Decks and Strange New Worlds, I’m wondering if we’ll get to see all these actors portraying their counterparts in live action, or if Strange New Worlds will get the animation treatment.

Either way I believe the voice actors are more than capable of representing their characters in real life, as they have done at a convention in the past. 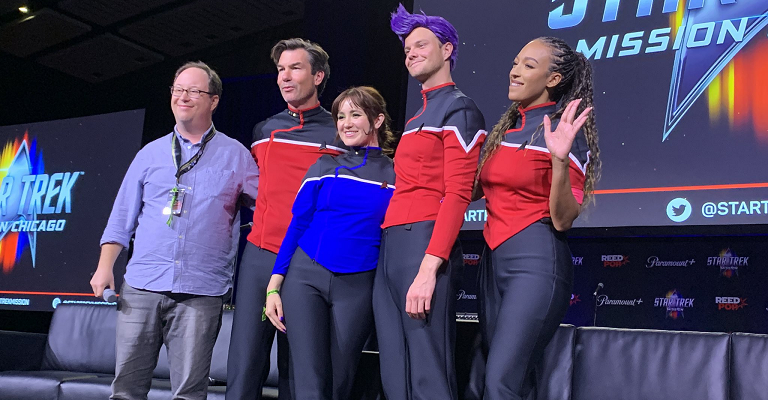 While the nature of the show is wacky and filled with humor, it doesn’t take Star Trek incredibly too serious. As a result it is able to do some really awesome and interesting journeys with the lore that a serious traditional show could not do.

For that reason it’s like an existing universe getting to make it’s own memes, but people who use the memes are okay with it. This is not common in the world, so Paramount needs to make sure to keep the fans happy!

With the inclusion of the future crossover with Strange New Worlds, the reality that this show is cannon must be realized. The way that I like to look at Lower Decks is that it is real within the world of Star Trek, but it is not a first hand account. You are enjoying the stories of members of the Lower Decks of a ship, told by a member of the lower deck. Full of embelishments, self-agradualizing, and with the flair of someone who yearns to be more than just a lowely unnamed officer.

New episodes of Lower Decks start streaming on Thursday on Paramount Plus.