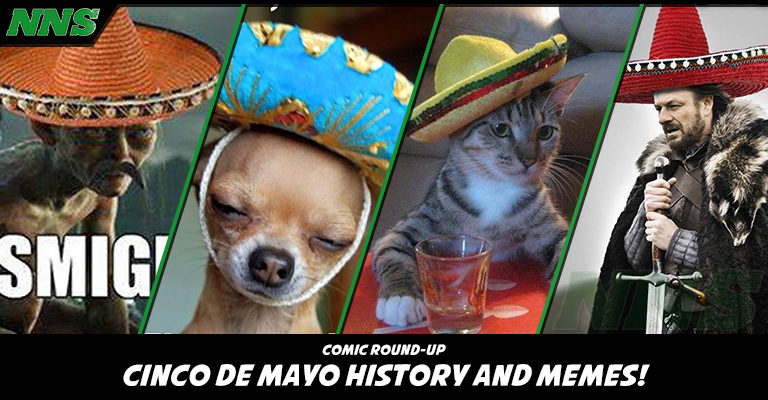 It’s time to dust off your sombrero’s, pour yourself a margarita and get ready for a FIESTA! If you were to ask someone what Cinco de Mayo is all about, most people would probably say its Mexico’s independence day, but that’s not correct. Their independence day is actually September 16th, so what is celebrated on Cinco de Mayo you ask? Well, let me tell you a super brief history of why it is celebrated, some facts about the day, and share with you some funny related memes!

To put it quite briefly, this day celebrates the Mexican army’s victory over France at the Battle of Puebla on May 5, 1862. The Battle of Puebla was part of the Franco-Mexican War. One of the reasons it’s so significant is because the French army was much larger and more prepared than the Mexican army. They had more weaponry and men at their disposal, but the French still lost the battle to Mexico (though they did eventually win the war). Part of the reason they went to battle was because Mexico owed money to several Nations including Spain, England and France and due to ongoing political unrest caused by many groups struggling for power, Mexico was not able to pay back its loans.

Despite winning the battle, Mexico still fell under French control for five years. The anniversary of the Battle of Puebla was declared a national holiday referred to as “Battle of Puebla Day” or “Battle of Cinco de Mayo” by President Benito Juárez on May 9, 1862. However, it’s no longer considered a national holiday in Mexico. The holiday started to be celebrated in the U.S. after President Roosevelt created the “Good Neighbor Policy” in 1933 to improve relations with Latin American countries.

Here are a few facts about Cinco de Mayo:

Of course this wouldn’t be an official Comic Round-Up post if we didn’t have any comic or meme related things, so here ya go!

So how are you going to celebrate? If you want to have the best and most authentic Cinco de Mayo party, Mole poblano is considered to be the official dish of the holiday because it is traditionally eaten in the town of Puebla. It’s a sauce containing chili pepper, chocolate, and spices. Or will you just pop a Corona like everyone else? Share with us in the comments how you will partake in the fiesta and any of your favorite memes! Be safe!