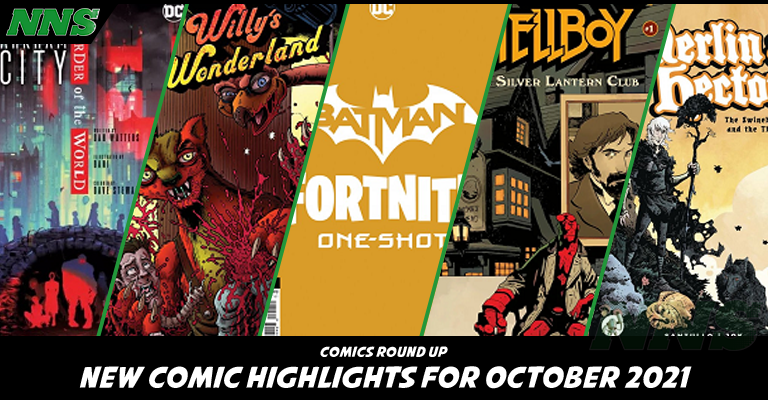 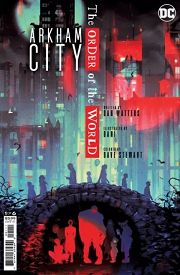 Arkham City: The Order of the World #1 (from DC Comics)
Releasing October 5th, 2021
After the attack on Arkham Asylum by the Joker, remnants of the prisoners are now stuck in the undergrounds while being hunted. Can Dr. Joy find her former patients before darkness befalls them. Created by Dan Watters. 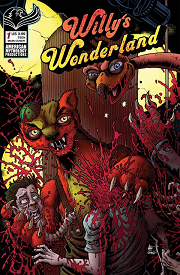 Willy’s Wonderland #1 (from American Mythology Comics)
Releasing October 6th, 2021
Willy’s Wonderland, the movie staring Nicolas Cage, is getting the comic book treatement. The series is based on the film, and Willy’s serial killer animatronics. In the official prequel, if you want to get ready for the film, here is a good place to do it! Created by James Kuhoric, with art by Puis Calzada. 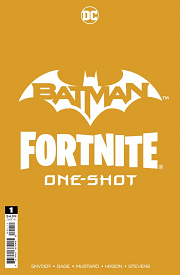 Batman/Fortnite One-Shot #1 (from DC Comics)
Releasing October 26th, 2021
If you are excited for the Batman/Fortnite: Zero Point miniseries, then get ready for the experience with a one-shot which even includes a digital code for a special outfit in Fortnite! Created by Scott Snyder, Christos Gage, and Donald Mustard with art from Joshua Nixon. 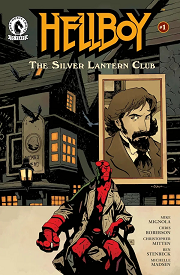 Hellboy: The Silver Lantern Club #1 (from Dark Horse Comics)
Releasing October 27th, 2021
We love Hellboy at Nerd News Social, and this new story talks about an exorcism gone wrong. Within the story an occult investigator must decipher a mysterious society. Created by Chris Roberson and Mike Mignola, with art by Ben Stenbeck and Christopher Mitten. 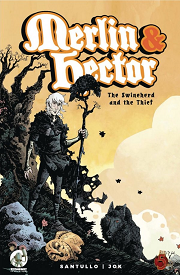 Merlin & Hector #1 (from Red 5)
Releasing October 27th, 2021
Merlin the magician prior to Arthur was Merlin the swineherd. Prior to magic he was a simply farmer, attacked by monsters. Now partnered with a local thief, they will have to save the town. Created by Rodolfo Santullo.