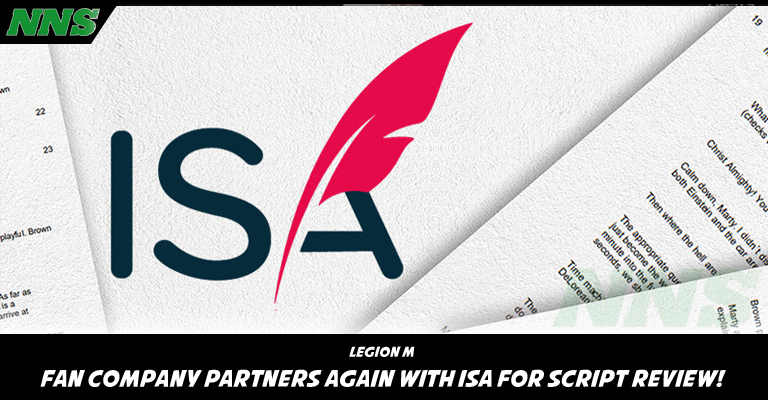 Legion M is a great company for not only finding and supporting smaller projects, listening to their shareholders, but also giving their shareholders and fans access to the other side of Hollywood. As a result over the years they become more and more successful, and busy, to be able to review each and every script and screenplay. After its prior success the company is leaning on ISA to once again help them achieve the task of checking out which screenplay would be best to move forward with.

Until February 23rd 2023 ISA will be accepting scripts written for features or series and will review them for the contest. While there is a fee for them to review your screenplay and to consider it for the competition there is also an upgrade charge that you can pay if you want to have your script professionally critiqued by a member of the ISA.

If you’ve always wanted to have your script in the hands of a Hollywood Professional, now’s the time! Join the contest Here!