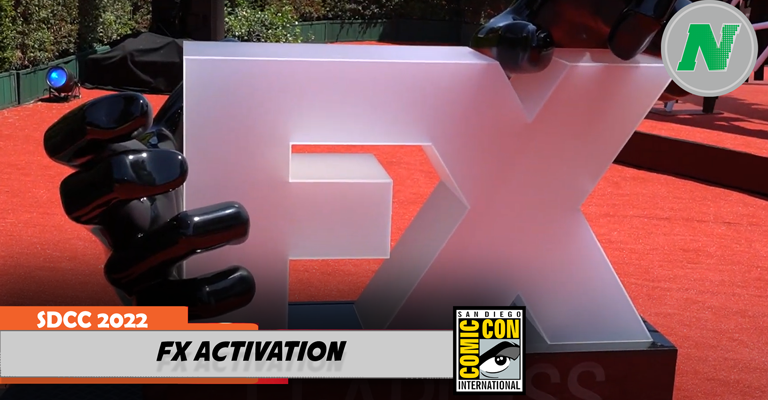 FX returned to San Diego Comic-Con, taking over the lawn right in front of the Hilton Bayfront, as they traditionally have done over the years.

They created a little maze of many activations within this space, with unfortunately one massive line. The maze as a whole however Focused more heavily upon American Horror Stories.

There were little dolls and arms seeking out of all of the hedges, with a Mini dollhouse, and a full-sized doll presentation with live actors and a rotting tea party.

Once you escaped the dollhouse, there was an art installation, many photo opportunities and even a 360 camera recording within Nadja’s nightclub from What We Do In The Shadows. After all of that, you could try your hand at winning a hat or some hot sauce for the release of Little Demon, the new animated show from Danny DeVito, Lucy DeVito, and Aubrey Plaza. The final space even was used for screenings small clips of the new series during the convention.

Check out our video from the space below!

What returning and premiering FX shows are you excited for?