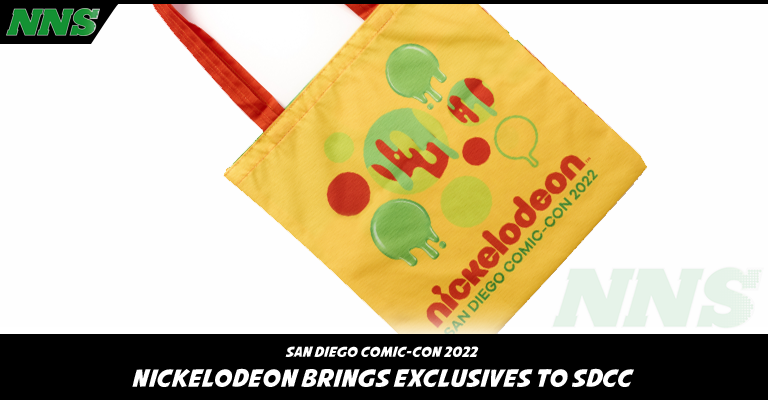 Show off your love for Nickelodeon shows new and old. At San Diego Comic-Con at the Nick booth (#4113) people will be able to pick up and purchase exclusive items that carbon date them, while also helping them show off their fan flags!

Here are some of the exclusive items fans can find:

For $60 fans can show off their love for the shows of old with this exclusive backpack. Included all over the bag are art from Hey Arnold!, Rocket Power, The Ren & Stimpy Show, All That and more.

A Rugrats themed fanny pack that focuses on everyone’s favorite wet blanket! Chuckie Finster finally get’s his respect, and you get a place to store your snacks for only $50.

Allow your pencils to travel in style, while you live in a pineapple under the sea! This Bikini Bottom Express case will only set you back $13!

Made a meme, and now a figure, you too can own Youtooz Aang vinyl figurine for only $25

Not a fan of figures? Then for $50 you can pick up an Disliz Aang Watch! The ultimate Avatar collector’s item with only 250 made. Pick this one up first day!

Exclusive set of four pins from the convention that feature Cynthia Doll, Appa, Danny Phantom, and Gary. Each cost $6. If you buy all four, you will get a tote bag for free. Tote bag? Oh yeah..

You picked up a lot of stuff, how are you going to take it home? How about a collectable reusable tote bag. This bag is only $9

What do you want to pick up?

Other booth experiences will also be available to fans:

The booth will also offere signings, random appearances, and giveaways throughout the convention.