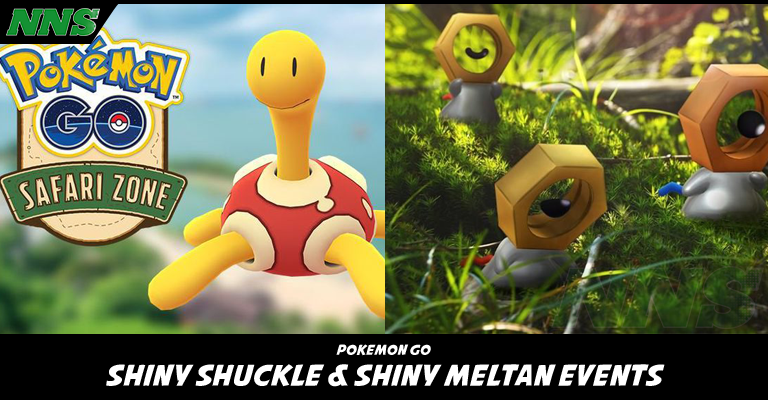 We have two mini events on the way and I wanted to make sure you were all aware of them and the benefits they bring! 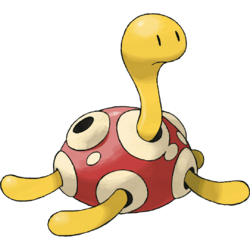 Singapore is lucky enough to be getting a Pokemon GO Safari Zone event this year! I wish any Singaporean Trainers luck with the events and festivities going on there. But the rest of us don’t have anything to feel glum about, we get our very own special event on a global scale.

From April 20th, 6am till April 21st, 10pm (Local time) we will be seeing increased spawn of Shuckle. There is also the potential to find a Shiny Shuckle! I am entirely unironically excited about this because Shuckle is one of my favorite Pokemon. Here’s a little lowdown on our Bug/Rock type friend.

Most of us first encountered Shuckle as a Pokemon given to us by a nice gentleman in Cianwood City after we braved the waves and whirlpools between mainland Johto and the Island on which Cianwood sits. It’s name was Shuckie, imaginatively enough… and being that it never evolves and has the attack stat of a boiled potato, it generally gets boxed and never seen again.

But look at those defensive stats. For players looking to stall with a bulky damage-sponge, this Pokemon can be seriously fun.

Teach this Pokemon the move Power Trick and it switches that Defense Stat with its, admittedly pathetic, Attack stat. This gives it a base attack stat of 230; which is, should you be keeping score, the highest Attack Stat of any Pokemon, period.

In Pokemon GO, it has a stat spread that’s less than impressive, though. Max CP of 405, Attack of 17 (Yep. That’s no typo.) Defense of 396 (Neither was that.) and a Stamina of 85. And because it doesn’t get access to its main series move pool, it’s a difficult Pokemon to use in this game. It has access to either Rock Throw or Struggle Bug as fast moves (Both are STAB) and Stone Edge, Rock Blast or Gyro Ball as charged attacks. Go with Rock Throw and Stone Edge for max DPS, but don’t expect much actual damage to be dealt.

Shiny Shuckle switches its red shell for a cool blue one.

From April 24th, 1:00pm to May 5th, 1:00pm (Local time.) Meltan will be available in its Shiny form when using the Mystery Box. Also, the Mystery Box will be now able to be used at three day intervals… and that’s not just during the event! Looks like we’re getting to keep the shorter cool-down time in perpetuity, which is nice. 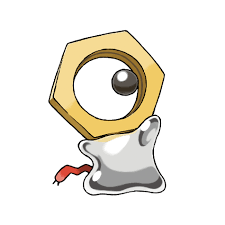 For those unaware, Meltan is a new Steel and Electric type Mythical Pokemon available only in Pokemon GO and Pokemon Let’s GO for now. We’re not even sure which Generation to classify it in! It was initially ‘leaked’ by way of a special mini-event in which it appeared in the wild but reverted into Ditto once caught. You gain one by completing Special Research quests for the ‘Let’s GO, Meltan’ quest line within Pokemon GO, and by connecting Pokemon GO with Pokemon Let’s GO on the switch. Doing the latter and making it to Fuchsia City’s GO Park grants you the Mystery Box, which you can open to spawn Meltan of varying CP and quality for one half hour, much like activating an Incense regularly.

Meltan itself is pretty adorable. A lot of people dislike object-based Pokemon, but not me. I think they tend to be pretty original and fun. Meltan is the only Mythical to evolve, growing big and strong in the form of Melmetal. 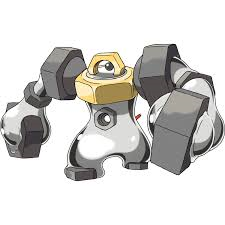 Melmetal has a maximum CP of 3599, an Attack of 226, a defense of 190 and a stamina of 264. Solid all the way around! It gets Thundershock as a fast move and nothing else, and has the option of four charge moves: Rock Slide, Hyper Beam and two STAB options with Flash Canon and Thunder Bolt.

Unlike any other Mythical or Legendary, Melmetal can be placed in Gyms. Between that and its ability to evolve, plus the fact that it was released in Pokemon GO first? It’s one heck of an interesting Pokemon! So many Firsts in one Monster.

Shiny Meltan has a slightly darker color to its head and its tail is blue. It’s not that easy to spot any difference between it’s shiny and regular forms so be sure to pay attention when trying to get your shiny.

Are you excited to get a shiny Shuckle or Meltan? Have any of you used Shuckle to devastate an opponent in the main series games? I wish you good luck and thank you for reading. See you next time, Trainer!