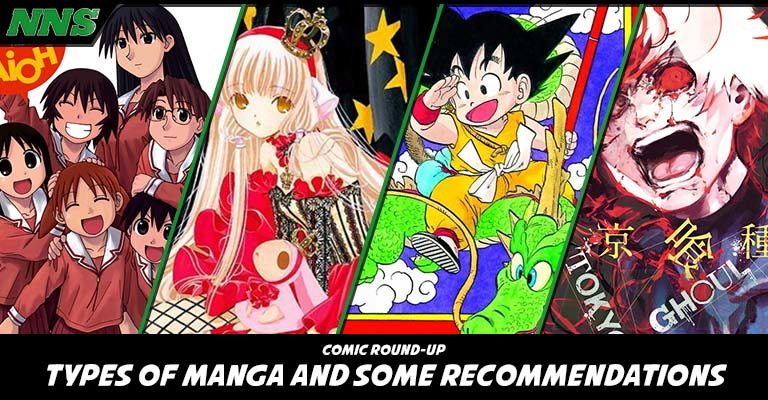 Over the weekend I for the first time watched the 1996 anime film “Ninja Scroll”. As I was oohing and aahing over the “still to this day” very amazing animation I realized that NNS has not done a comic book round-up for manga! So today is the day! It has been a little bit since I’ve personally read manga, so I’m also going to need you to recommend your favorites in the comments.

A little bit about manga, it’s a Japanese term that can be translated as “comic” and is said to originate from scrolls dating back to the 12th century. There are various genres of manga, let’s briefly talk about a few main ones and keep in mind that some of these can overlap.

Major subgenres include romance, superheroines, and “Ladies Comics”. In modern shōjo manga, romance probably the most popular theme which contains emotionally intense narratives of self-realization. These romances are sometimes long narratives that can deal with distinguishing between false and true love. Thanks to “Sailor Moon”, I personally favor superheroines that break away from the norms of female meekness and obedience. Another theme you will find in this genre are the meeting unusual or strange people and supernatural beings. Lastly there is also redisu manga which retains many of the narrative stylistics of shōjo manga but has been drawn by and written for adult women.

Shōnen, seinen, and seijin manga share a number of features in common. Typical themes are generally categorized for males which include action-adventure often involving male heroes, slapstick humor, themes of honor, and sometimes explicit sex. Shōnen typically are geared towards boys up to 18 years old with themes such as sci-tech subjects like robots and space travel, and heroic action-adventure. A manga example would be like a “Neon Genesis Evangelon”. Seinen, for young men 18 to 30 years old, typically portrays challenges to the protagonist’s abilities, skills, and maturity, stressing self-perfection, austere self-discipline, sacrifice in the cause of duty, and honorable service to society, community, family, and friends. And seijin is described as pornographic manga aimed at grown men.

Literally means “drama pictures” and refers to a form of aesthetic realism in manga. This style of storytelling tends to be emotionally dark, adult-oriented, and sometimes deeply violent, focusing on the day-in, day-out realities of life, often drawn in gritty fashion. Later on in years, gekiga shifted in meaning towards socially conscious, mature drama and towards the avant-garde. An example would be Akira, an apocalyptic tale of motorcycle gangs, street war, and inexplicable transformations of the children of a future Tokyo.

So now that we got some technical descriptions out of the way, here are my very bias and most favorite mangas! 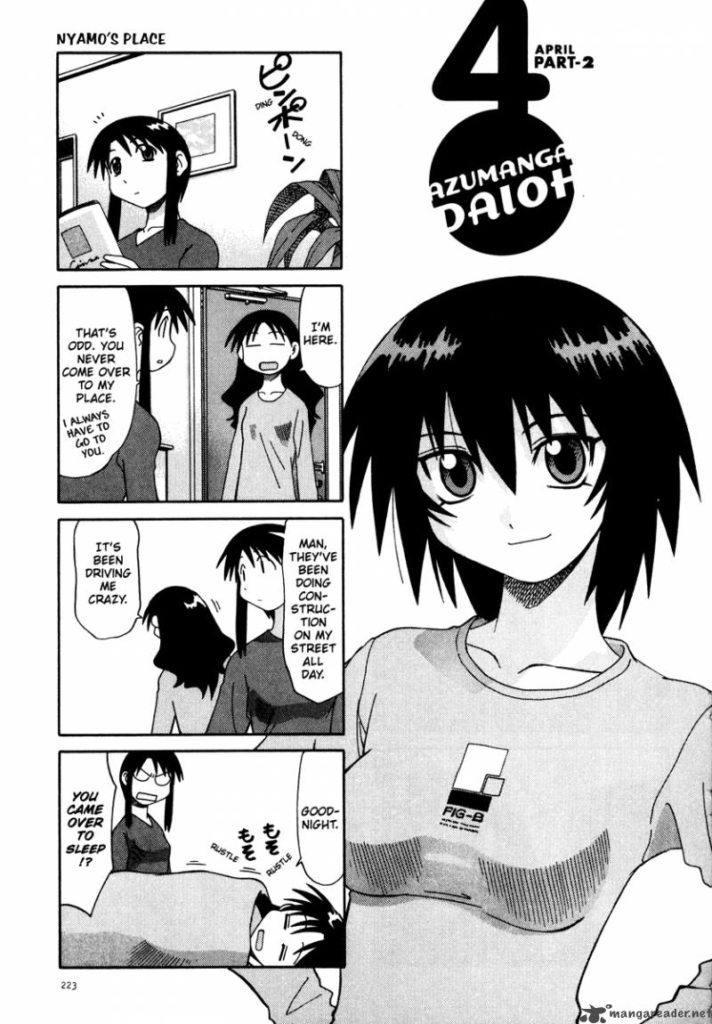 Yonkoma format comic strip (gag comics within four panels) which chronicles the everyday life of six Japanese girls and two of their teachers: child prodigy Chiyo Mihama and her struggle to fit in with girls five years older; reserved Sakaki and her obsession with the cute animals while certain ones seem to hate her; spacey Ayumu “Osaka” Kasuga with a skewed perspective on the world; Koyomi “Yomi” Mizuhara’s aggravation at an annoying best friend; Tomo Takino, whose energy is rivaled only by her lack of sense; sporty Kagura and her one-sided athletics rivalry with Sakaki; their homeroom teacher Yukari Tanizaki; and her friend, physical education teacher Minamo “Nyamo” Kurosawa. 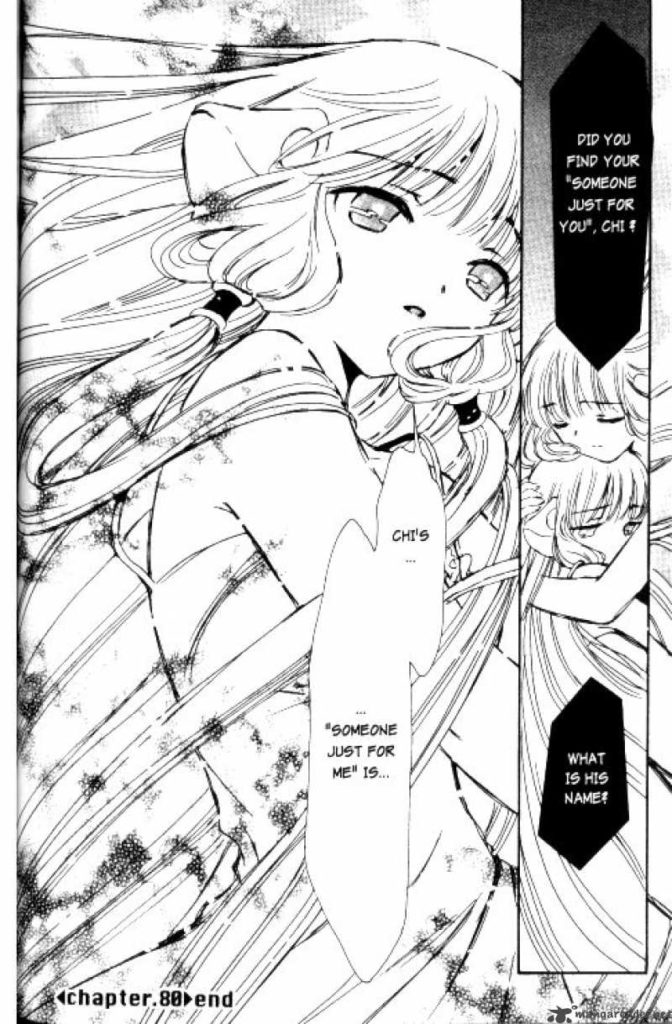 I’d consider this seinen (for over 18 year olds). Chi isn’t your average humanoid computer. She can’t do word processing, she can’t connect to the net, and she’s incapable of interfacing with other persocoms … but when the hapless, technophobic Hideki rescues her from the scrap heap and takes her home, he finds that she may be more advanced than her childlike behavior lets on. 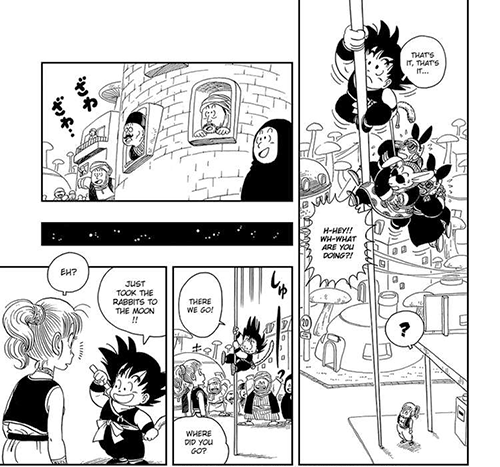 (Remember this is read right to left.) Okay… we all know what Dragon Ball is. But I mean specifically Dragon Ball. Not Dragon Ball Z or Dragon Ball Super or anything. I love the beginning of the series with the focus on young Goku from the start of childhood to adulthood. As we know, he trains in martial arts and explores the world in search of the Dragon Balls, seven magical orbs which summon a wish-granting dragon when gathered. Along his journey, Goku makes several friends and battles villains, many of whom also seek the Dragon Balls. But the beginning is just so good! 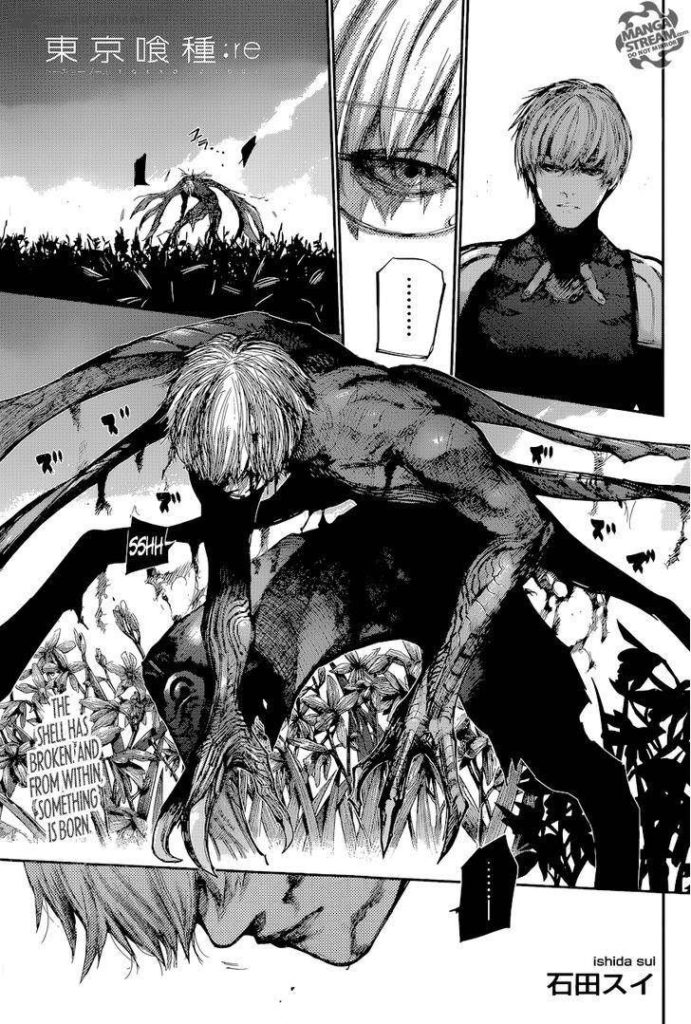 Tokyo Ghoul and its sequel Tokyo Ghoul: re, take readers on a dark and twisting ride. It follows college student Ken Kaneki, who goes on a date with a beautiful woman that ends up being a monster. Only a freak accident saves him from certain death but when he wakes up, Ken discovers he’s become half-monster himself. Much like Devilman, this series delves into the psychological conflicts that arise between humanity and the monstrous but reaches a different conclusion.

There are plenty of other manga that have also been turned into a TV series and/or movies, such as “Death Note”, “Fullmetal Alchemist”, “My Hero Academia”, “Attack On Titan”, “One Piece”, “One-Punch Man”, and so many more that are just fantastic! So let me know in the comments what your favorite manga are!