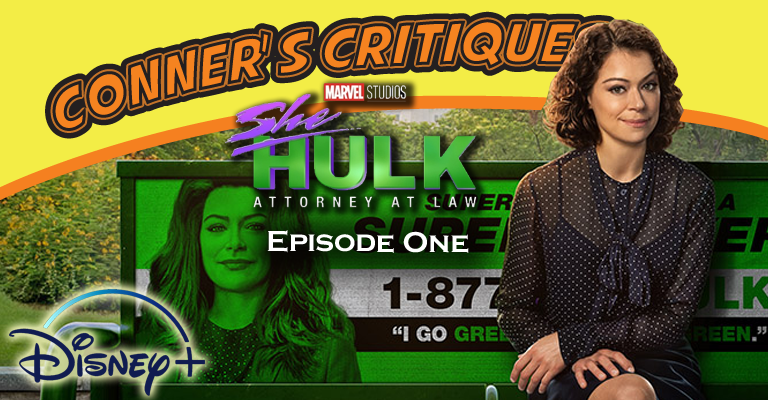 Recently we checked out the new episode of She-Hulk, the first one in the series. Unfortunately, Marvel only released one episode for the launch of the series. That being said, we wanted to talk about this first episode because of all the negative reviews that are coming out bombing the rankings of the series.

As always we break down our reviews into the categories of story, acting, and overall.

For She-Hulk’s story, episode one does seem to focus a lot more on the original Hulk played by Mark Ruffalo. Talking about where he was during the Blip, showcasing what happened to him and why he’s now healed. There’s a lot of backstory for his character going forward in the MCU. At the same time though, She-Hulk is given a quick yet efficient backstory that is interesting and powerful.

Unlike Moon Knight, completely different from a Ms Marvel, and without the long journey to get to the point in Loki, She-Hulk sets up its back story in one episode. This allows the fans to sit back and enjoy the rest of the series.

While the story of the episode focuses a lot more on a flashback showcasing her powers and abilities, that forces the modern day storyline to be fast forwarded and a little bit rough. The fight scene between She-Hulk and Titania is so quick and ugly cut that it feels rushed and ruined.

In fact the fighting in the courthouse feels like it could have been an end credit scene as opposed to an actual fight within an episode.

My only concern is that the show will continue to yada-yada over any action or fight scene, because that’s not what this show is supposed to be. This show is a superhero legal drama that just happens to throw a punch every once in a while.

Tatiana Maslany plays Jen Walters/She-Hulk and does an amazing job as Jennifer Walters in live action. Unfortunately the CGI work for She-Hulk leaves a lot to be desired. Sometimes when the She-Hulk character’s mouth moves it doesn’t match the emotion or words said by the actress.

At the end of the day She-Hulk animation is a bit rough. For a series where the main character is CGI half the time, you would think that Marvel would spend a lot more money on the animation budget.

Tatiana Maslany has a rough time overcoming the setbacks, but I do think that she does an amazing job portraying the character verbally and presenting emotionally even if it has to be delivered through bad CGI.

That is definitely saying something!

At the end of the day this series has a couple issues, but nothing that is the fault of the writing or the acting in the series. The show is good, I’m enjoying the hell out of it. I can’t wait to see where they go next.

I don’t know why people are reviewing the series so negatively with it only having one episode out, with a lot of people doing so just because the main character is a female. She-Hulk has been a character within the comic books for a very long time, and not only has she been a mainstay of the Marvel comic books, She has been so instrumental in so many teams and storylines within the printed page that it seems weird that any comic book fan would take issue with her getting you show on Disney+.

The CGI in the series is better than that of the first trailer, but it’s still not up to the quality of an actual Marvel movie. It’s a little sad, and it makes me concerned for the rest of the series, and future series on Disney+, but if you’re willing to overlook the bad CGI, then there is a lot of good here to enjoy.

If you want to learn more about the She-Hulk character, then you can check out Gloria’s article Here!