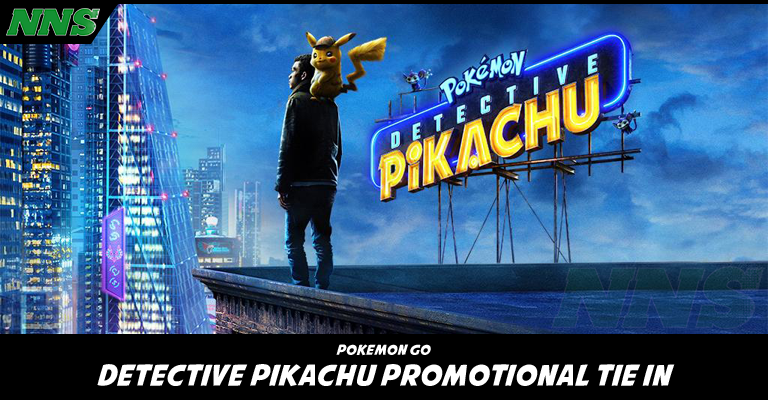 How we doing, Trainers? Grab your magnifying glass and a shot of espresso, we’ve got some sleuthing to do.

Pokemon GO is launching an event from 1pm local time on May the 7th until 1pm local time on May the 17th to tie in with the new CGI/Live action Pokemon movie, Detective Pikachu. If you haven’t heard of it, it’s a movie based on the Nintendo 3DS game of the same name, and follows a fast-talking Private Eye Pikachu and his human partner through a series of adventures. The game focuses on solving simple logic puzzles. The movie is maybe one of the most ambitious video game adaptations to date, combining real actors with a world filled to bursting with gorgeously rendered, beautifully designed, CGI animated Pokemon. 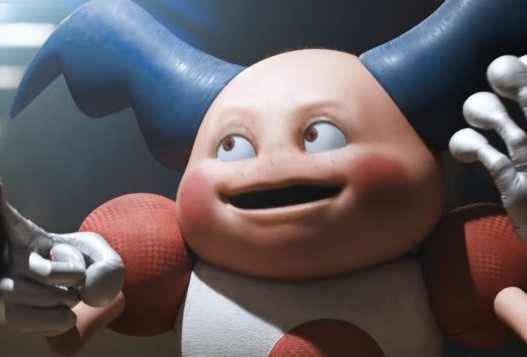 An interesting note for those readers who are artistically inclined; the realistic design of these Pokemon can be attributed in part to fan-art by a prominent online artist, R.J. Palmer, who has drawn many Pokemon in a style that depicts them as they might appear in our world. He was hired to work on this movie based on that initial work, which must have been a dream come true. I encourage you to check out his stuff as it is truly mind blowing.

So, what can we expect for this event? 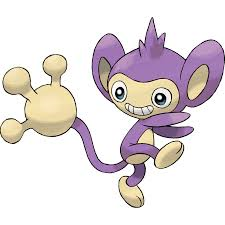 Aipom is a little monkey fella who makes a prominent appearance in Detective Pikachu’s movie. In the main series games, we encounter this little tree-dweller in Generation Two’s Johto region. You find them by using the field move Headbutt on trees in many of the routes that are lined with them. If you’re lucky, a Pokemon falls out of the tree that’s been hit, and if you’re luckier still, that Pokemon will be Aipom. From its Pokedex entries we discover that Aipom’s tail is equipped with hand-like appendage at the end that’s strong enough to support its weight while it swings from trees. It’s also pretty dexterous with that tail, using it to do more stuff than it ever uses its actual hands for, and so its real hands have become pretty clumsy. Its favorite food is…. Bounsweet. 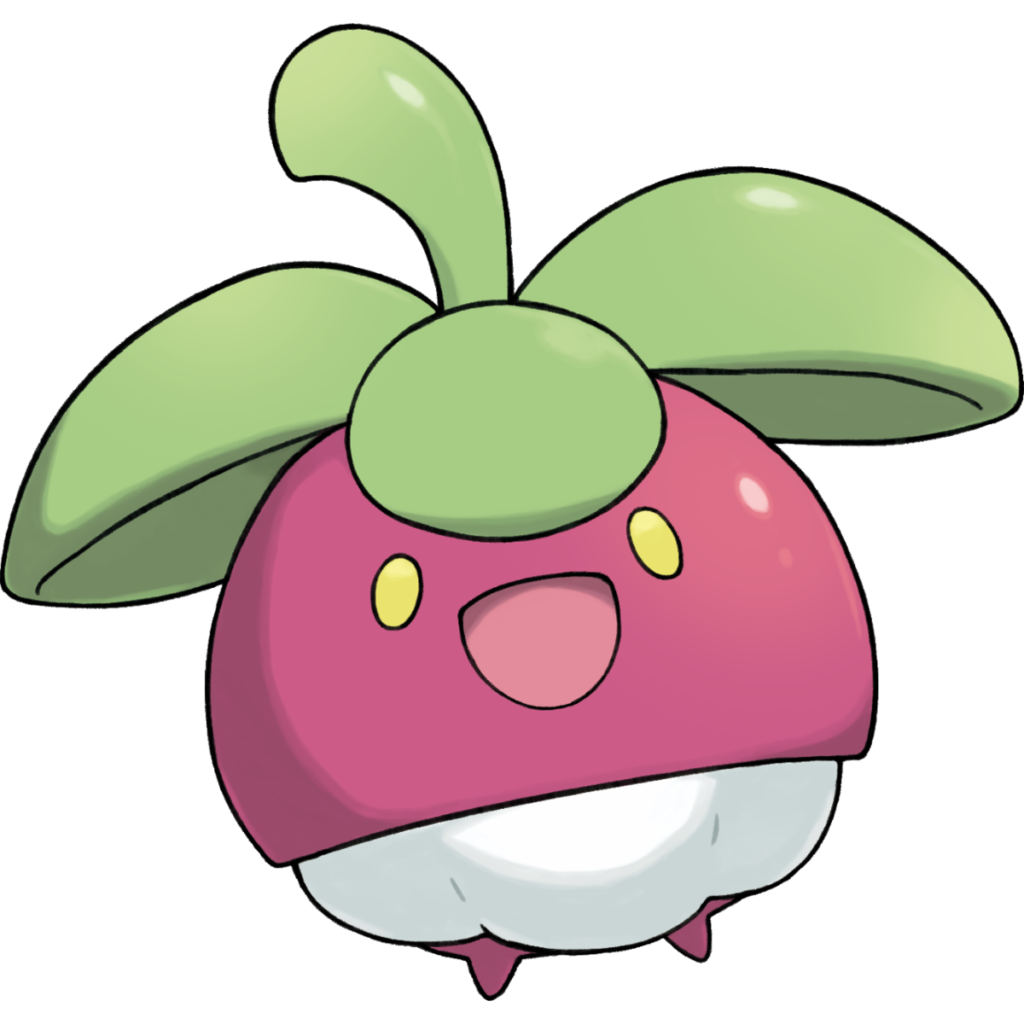 There’s a case for you, Detective Pikachu.

Generation Four was the first time we saw that Aipom could evolve. Many older Pokemon awoke to new evolutions in Generation Four, but Aipom’s was interesting; it had to learn the move Double Hit (Level 32) to evolve. Once it had that move, it could grow into its final form, Ambipom. 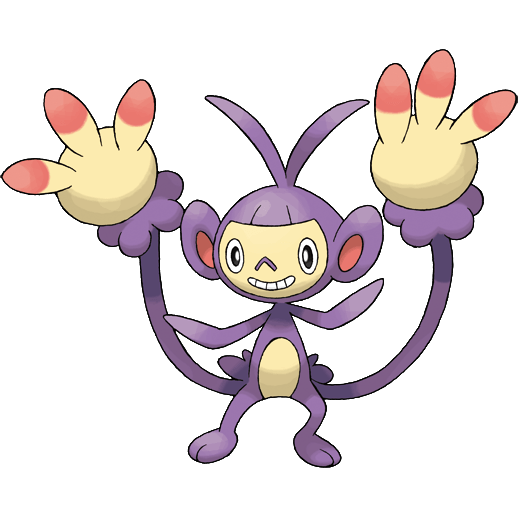 Ambipom, much like its pre-evolution, uses its tails more than its hands so its actual hands are small and not at all nimble. It uses its tails to shell nuts, and also to join in large colony circles with other Ambipom.

How is Ambipom in Pokemon GO?

It’s not terrible. With a maximum CP of 2418, Attack of 205, Defense of 143 and a Stamina of 181, it’s a mid-tier Pokemon. Like any Normal type, its only defensive weakness is the Fighting type…. though, with the prevalence of bulky Normal type Gym defenders, you see a lot of Machamps on people’s gym attacking roster. 205 Attack isn’t awful, though, so if it’s a favorite you could use it to attack Gyms with some success. Stick with Scratch and Hyper Beam for maximum STAB damage.

The Shiny versions of both Aipom and Ambipom trade bright purple for a magenta/mauve color, so they should be easy enough to spot while hunting.

On a related note, a lot of the Pokemon that will be spawning for this event have available Shinies as well! Bulbasaur, Psyduck, Snubbull and potentially Jigglypuff. (I know shiny Igglybuff are available in eggs, so…)

I wish you luck in your sleuthing, Trainers! Good luck tracking down the magenta monkey Pokemon of your dreams! And make sure to check out Detective Pikachu in theaters from May 10th onward. If you do, feel free to jump back and make comment on the movie!