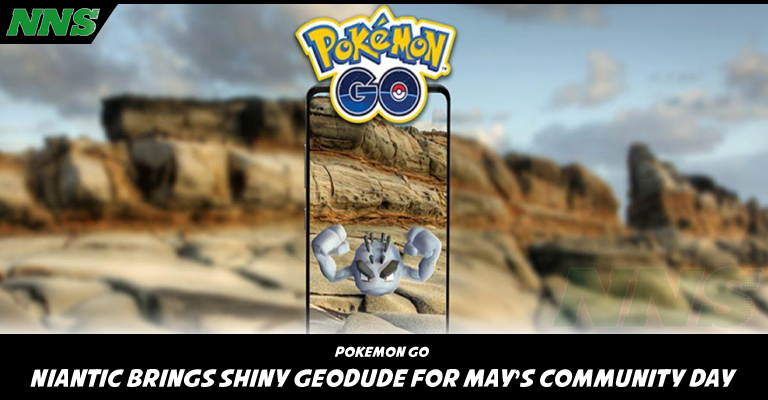 Hey, Trainers! Welcome back to another Community Day break down. This month’s star is Alolan Geodude!

So, this is an interesting and kind of polarizing pick. Shiny Alolan Geodude has been available for a while and it’s odd they’re concentrating on just one form… Sandshrew Community Day gave us Alolan and Kantonian variants to catch so I’m not sure why they slimmed down the selection for this month. Between this and the reduction in time available to play? I’ll be honest… not exactly hyped up for this one. Still, they can’t all be winners I guess.

Anyway, enough complaining from me! The date and time are Sunday, May 21st from 11:00am till 2:00pm local time.

So! With all that said and done, let’s check out the star of the show – Geodude. I’m going to Spotlight both versions because why wouldn’t I??? 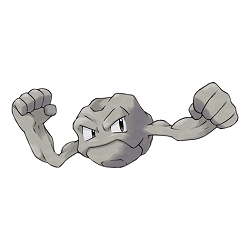 I have a lot of fond memories of Geodude in the early episodes of the anime. A staple of Brock’s Team, this rocky rapscallion helped Ash and the Gang out of many a scrape and hard battle. Before I ever got my first Pokemon Game (Pokemon Blue!) I thought Geodude was a Rock/Fighting Type because of the episode where Ash enters his Primeape into a Fighting Type Tournament and winds up giving it away to one of the guys there. Brock enters his Geodude into this same tournament… so… I’m sure that went well. Even if you haven’t seen the episode itself, you will have seen the Jelly Donuts meme as it’s a frame from that same episode. 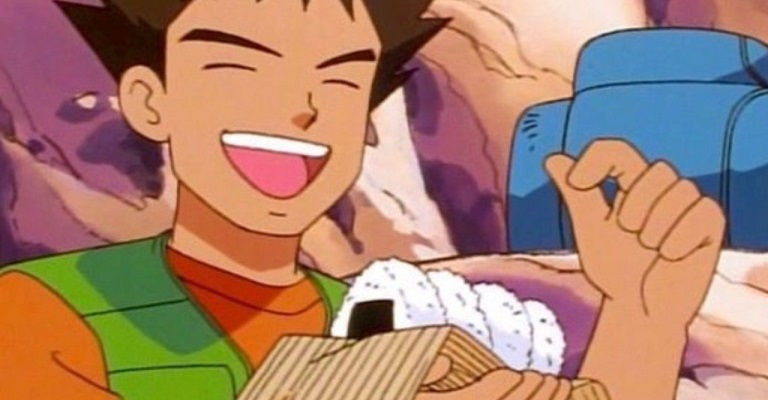 So, between misidentifying onigiri as jelly donuts and misidentifying Geodude as a fighting Type, we all must ask one question; Brock, is everything okay? Do you need to maybe sit down and drink some water, buddy?

Anyway, the Pokedex has a lot to say about Geodude, but it’s mostly the same thing over and over. It looks just like a big rock and people step on it a lot. It rambles up mountain paths using its hands to climb around and the older it gets, the more worn and smooth it becomes. Some absolute psychopaths will pick them up and use them in snowball fights… they weigh about 45lbs, so, it’s safe to say that if you’re throwing snow at someone and they huck a Geodude at you, they’re out to see your untimely demise and peace was never an option. 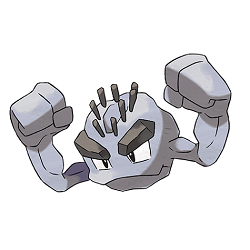 Again, a lot of similar information, but with fewer entries as it’s a newer Pokemon overall. If you step on it, it will be mad at you but in addition to physical damage, it will happily shock you as well! It’s a magnetic lump of ore and gathers iron dust to itself using that magnetism. The more iron filings it accrues, the stronger magnetism it has. 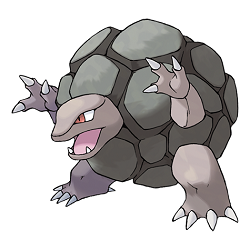 Kantonian Golem is a pretty iconic design that, honestly, is all the more striking because it doesn’t much resemble either of its prior forms. It goes from being a rock with eyes to having a sort of reptilian look to it. That craggy looking shell gets shed once a year to allow Golem to grow. The discarded shell is often collected by farmers as it breaks down into dirt that’s rich and good for crops. If there’s an earthquake, Golem will roll down from the mountaintops to find safety in the foothills – people have taken to digging grooves into mountainsides to sort of guide where they roll so that there’s less damage to structures at the foot of the mountain. That’s not the only way this Pokemon gets around though… it’s honestly pretty hard core! It will use the move Explosion to hurl itself through the air from one mountain to another! This process barely phases it as that hard shell can withstand dynamite blasts without issue.

So. Can it blast its way into Victory in Pokemon GO?

With a Max CP of 3334, Attack of 211, Defense of 198 and Stamina of 190, it’s not exactly going to outshine other Rock or Ground Types. (Tyranitar, Rhyperior, Groudon.) But, it’s a respectable battler all the same. Its Rock/Ground Typing does leave it with an especially painful weakness to both Water and Grass Type Attacks, along with standard weaknesses to Ice, Steel, Fighting and Ground. It has particularly good resistances to both Electric and Poison, though, along with standard resistances to Rock, Flying, Normal and Fire.

In terms of Fast Attacks you get Mud Slap and Rock Throw, both STAB. In terms of Charged Attacks, you get Ancient Power, Rock Blast, Earthquake and Stone Edge, again, all STAB. 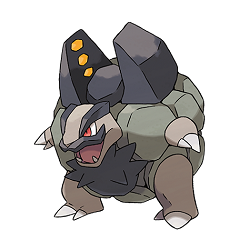 Alolan Golem have a certain style to them which is hard to ignore. That bushy facial hair is made of iron shavings rather than growing from the creature’s rocky skin and it sort of has these Shogun vibes to it. Very cool. It’s a stubborn, surly creature, too. If you annoy it, it will use its internal magnetism to fire electrically charged boulders at you… kind of like a tazer combined with a small scale trebouchet.

But can it taze its opponents in Pokemon GO, bro?

With a Max CP of 3334, Attack of 211, Defense of 198 and Stamina of 190 it has all the same good Stats as its classic brethren… but that Typing, though. You lose some weaknesses, which is nice – no longer extra weak to Water and Grass, but that’s exchanged for a special weakness to Ground which, honestly, is the more relevant and common offensive Type between the 3. Standard weaknesses to Fighting, Grass and Water. Resistances are good, with a special resistance to Flying and standard resistances to Fire, Electric, Normal and Poison.

In terms of Fast Attacks, Volt Switch and Rock Throw are the options – again, both are STAB. Charged Attacks are Stone Edge, Rock Blast and Wild Charge; all STAB. The new Community Day Fast Attack, Rollout, is making its Pokemon GO Debut with this event and as such, I have no real info on it for you! I’m sure, as is common, it will be a really good option for your Community Day Star.

And that’s all I’ve got for you this month, Trainers! As always, I wish you the absolute best of luck. Stay safe, stay hydrated, and I’ll see you next time.