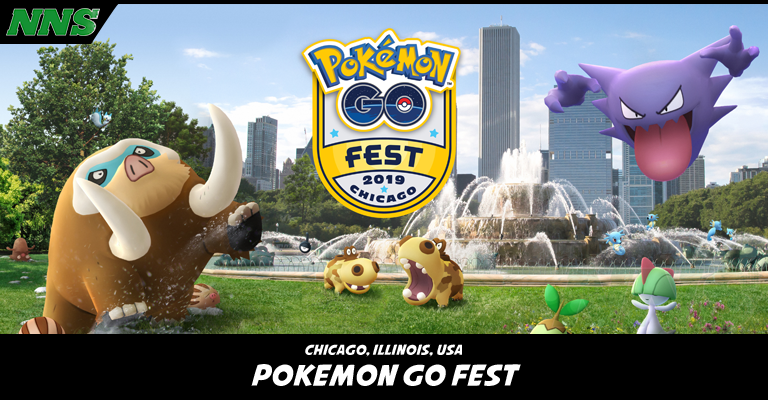 Pokemon GO Fest is upon us again. This year it’s taking place in Chicago on Thursday the 13th through Sunday the 16th of June.

For those unfamiliar, Pokemon GO Fest is an event held annually for Trainers to get together in the real world, complete challenges and partake in different activities. There are six team lounges you can go to if you want to relax, special badges to display in your Trainer info page, rare and regional Pokemon within the grounds of the event area and usually a Shiny Pokemon released for participants to catch. Generally, there is a global component to these events as well. This, at least to this point, takes the form of a catch ’em all event where trainers attempt to catch as many Pokemon as possible within a particular time limit and various reward tiers are unlocked the more Pokemon are caught.

This year’s billed attractions include Special Research to be completed on-site to unlock as-yet unknown rewards, and GO Snapshot locations to take nice photos with your Pokemon partners!

To get tickets, you had to have registered via the ‘Events’ tab available through your Pokemon GO menu screen or directly via the Pokemon GO Live website. At the time of writing registrations are, sadly, closed. Tickets for general admission are $25, but if you want to gain admittance two hours early (9:00am local time) that will be an extra $10. People who win the lottery will be able to purchase up to four tickets, but each ticket must be registered to a person with an active Pokemon GO account. Further information on this will be provided by Niantic when they contact those lucky few.

There are a range of hotels where you can stay at a discounted rate for the duration of the festivities! Hilton Chicago, Palmer House, Hyatt Regency Chicago, Fairmont Chicago, Swissotel Chicago, Westin, Sheraton Grand, Marriott, Renaissance and Wyndham Grand. If you’re travelling from far away and intend on staying overnight, they want to make this as easy for you as possible.

In years past, there have been technical issues at these events, but hopefully with a few years practice under their belts, Niantic will be able to pull this off smoothly. 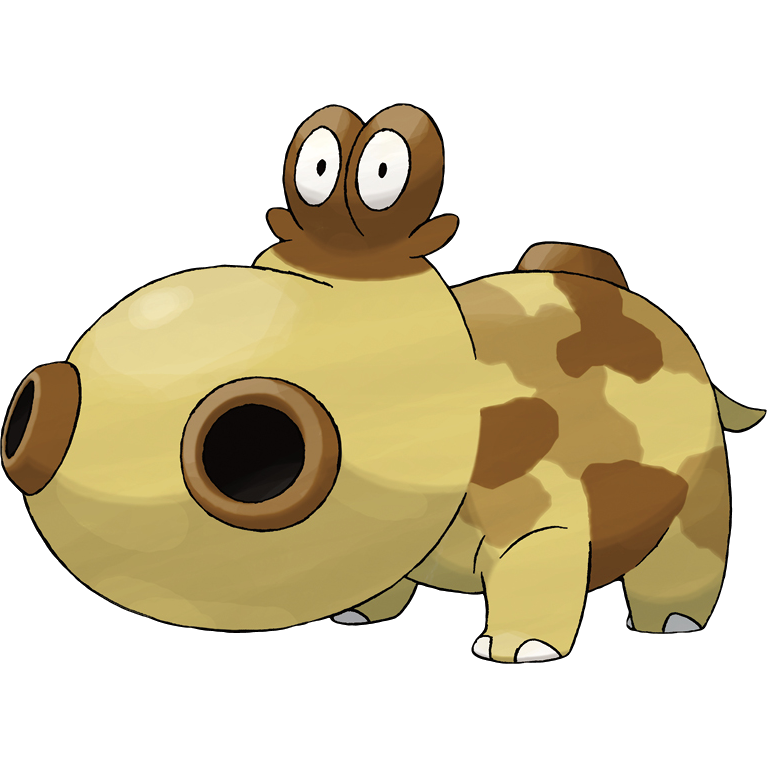 Hippopotas is a Ground type Pokemon we’re introduced to in Generation four’s Diamond, Pearl and Platinum games. It’s notable for its gender dimorphism – Female Hippopotas have a dark brown body with light brown accents, while males reverse these colors. We encounter them in Maniac Tunnel, a place where you have to catch Unown to lengthen the tunnel. The more you catch, the longer it goes and the more the encounter rate changes. Hippopotas’s various Pokedex entries clue us into a few things about this Pokemon; it sweats sand and covers itself in that sand to ward off germs. It travels in pods (Yes, groups of Hippopotami are called pods.) of about 10 and can walk through sand as though it were wading through water.

It evolves into Hippowdon at level 34. 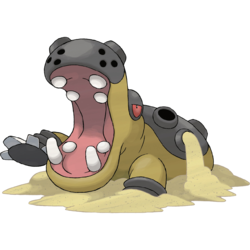 Hippowdon are pure ground type and retain their gender based color differences; females become gray with dark gray accents, while males retain their light brown coloration and switch dark brown accents for dark gray ones. It’s a pretty striking change! Its Pokedex entries inform us that it holds its seven-foot-wide mouth open as a display of fearsome strength. Heed that warning folks, it can crush a car in there. When fighting, it blasts sand from those ports on the sides of its body and can create towering sand-storm twisters to damage foes.

It’s a bulky ground type and useful in the main series games.

How does any of this translate into Pokemon GO’s metagame? Honestly, we don’t know yet. Here’s hoping for a worldwide release at the end of GO Fest so we can find out!

Were you one of the lucky ones chosen to participate in Pokemon GO Fest? What aspect are you most excited about, if so? Feel free to sound off in the comments! And stay tuned for updates as we draw nearer the time and Niantic offers up more information. I’ll do my best to keep you posted!