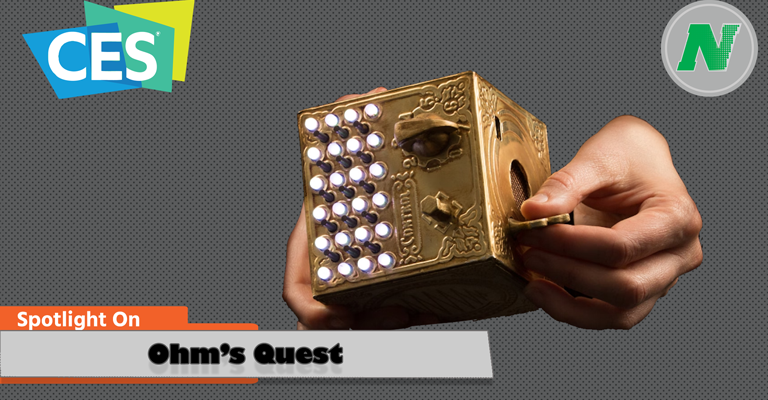 Ohm’s Quest was an independent game that was launched on Indiegogo for crowdfunding. They’ve been incredibly successful having raised over $255,000 and you can actually see their campaign results Here.

The general concept and idea behind Ohm’s Quest is that they wanted to take people away from their phones, tablets, and televisions that create a fun screenless experience that allows all players to be present in the game.

The game uses a combination of NFC cards, light knob, and cube feature based puzzles to solve by having the players interact with two different cubes.

The riddles for each chapter will have new solutions every time you play, but the rule and method to solve the story will always be the same. That being said, there are quite a few chapters to work through before you’re done.

The game also plans in the future to release expansions and additional story to solve, but nothing has been announced as of yet.

While this is not readily available for purchase now, you can pre-order the game Here.