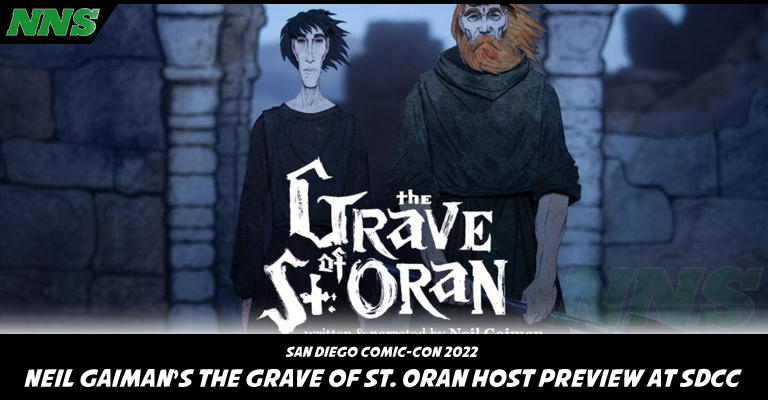 In 2013 during an evening with Neil Gaiman and Amanda Palmer, Gaiman read off the real story of In Reilig Odhrain. This powerful and beautiful story tells of Saint Oran and saintly murder.

You can actually hear the original reading on Amanda Palmer’s youtube channel Here.

Now that story is being adapted into an animated short story called The Grave of Saint Oran thanks to the work of Emmy-nominated director Jim Batt. The story will be presented with illustrated paper cutouts and captured with stopmotion and camera based visual effects.

What better way to capture the drama and horror of the story then with a beautiful and meticulous art style.

On Saturday the 23rd of July at San Diego Comic Con, they will be holding a panel about the animated short film and present will be the director Jim Batt, the animator Josh Mahan, co-founder and vice president of The Blank Corporation Cat Mihos, comic book artist Paul Roman Martinez, and artist and author David Mack.

During the panel they’ll screen the animated short film. If you want to learn more about The Grave of Saint Oran, you can do so Here!