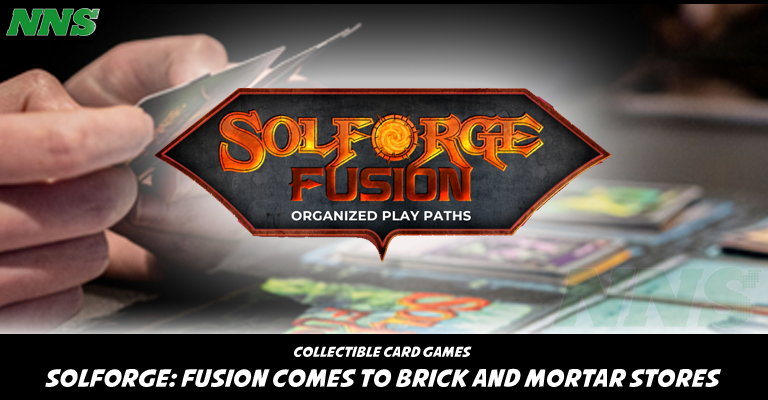 SolForge: Fusion reached its funding goal in less then 26 minutes. When the campaign was over they had raised over 1,200% of their initial request.

Now as a direct result of this crowdfunding success, Stone Blade Entertainment is releasing SolForge: Fusion, the sequel to their massively popular trading card game to the masses! Created by Richard Garfield and Justin Gary, SolForge: Fusion is released on September 22, 2022 in gaming and hobby stores around the nation.

Designed to be played in person, or digitally through Tabletop Simulator. SolForge: Fusion creates a unique deck every time for every player. The game took over a decade to design and perfect, but that’s what it takes to create a unique and compelling experience every time someone plays it.

“Fuse” two half decks into a full deck, and scan the deck into the database to participate in virtual head-to-head battles and tournaments on Solforgefusion.com. Players level up their cards each time they play the game via its digital platform. As the cards level up, players will gain legacy features for their deck.

Thanks to the support for the game, local hobby game stores are able to easily create in-person or online officially-sanctioned events. Players can track their deck’s performance on the game’s online leaderboard.

So are you excited to get your hands on your own SolForge: Fusion deck?