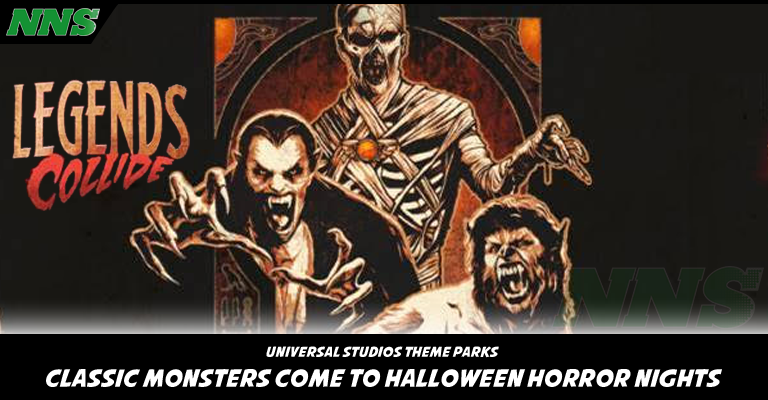 Universal Studios has announced one of their Haunted Hoses to take place at their Halloween Horror Nights at both the Los Angeles and Orlando parks. Normally there is some cross over between the mazes and houses at these events, with slight changes to scare zones, and sometimes an exclusive house or maze at one of the locations.

However, it’s clear why they would include this in both locations. The classic horror monsters are the bread and butter of Universal Studios.

So Universal Pictures is bringing out their horror icons like The Wolf Man, Dracula, and The Mummy in what they are calling the “first time ever” all-new “Universal Monsters: Legends Collide” haunted house. The story for this new maze will be the three monsters of legend trying to seek out the Amulet of Ra as it will give them power, or lift their curses. The maze even has an original composition from Grammy Award-winning musician, SLASH! Can you survive the battle between the terrifying titans of horror?

Halloween Horror Nights begins this September 2nd in Orlando and September 8 in Hollywood.

Tickets will be available soon Here!