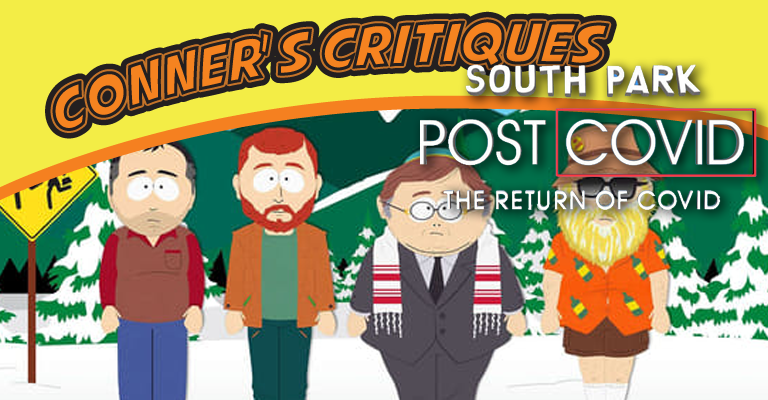 As we said in our previous review of the first part of this double feature, Matt Stone and Trey Parker, the creators of South Park, had entered into a 14 movie contract with Paramount+. This film is the second of the 14th, and the second part to the prior film South Park: Post COVID. If you haven’t seen the first film, or checked out our Critique, then we recommend you head Here first!

As always we break down our reviews into Story, Acting, and Overall. So let’s jump into the second part!

Picking up where the last movie left off, the South Park boys, now men, must find a way to re-unite themselves in the past after separating due to the strain caused by COVID.

Oddly enough the attempt to kill Kyle and the men’s attempt to reunite the group both fail. The kids are too stubborn to even listen to themselves! However the story runs full circle when a small detail from the very beginning of the first film ends up being exactly what the boys needed to get over their frustrations and anger at each other.

“In the end, as with most recent South Park stories, it devolves into everything being solved by weed.”