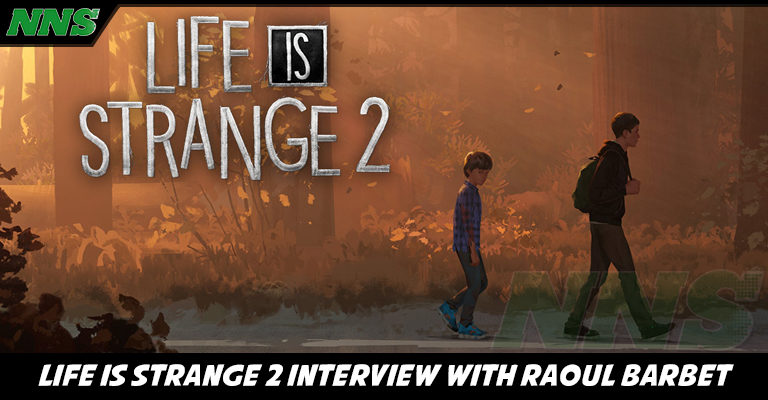 Life is Strange is one of those award-winning and critically acclaimed games that you don’t forget. It’s more than a game, it’s an interactive film with an amazing sound track (I’d know, I own them). Released episodically, you control the decisions of the main character from a third-person view, and those decisions affect the outcome of the game and the characters around you. 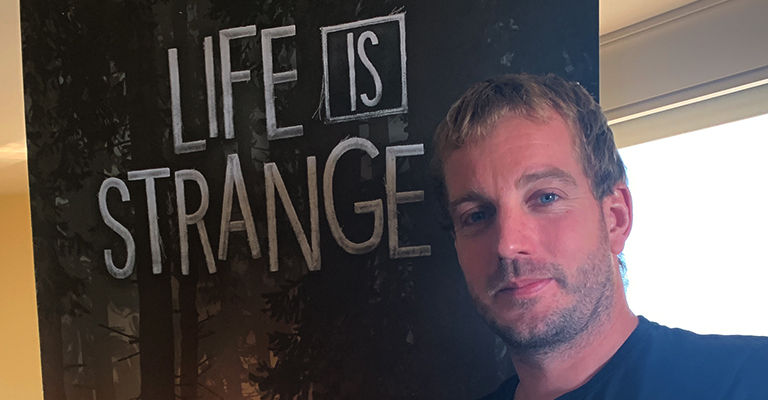 In the first Life is Strange, we follow the exploits of 18-year old Max Caulfield, a high school senior who learns she has the power to rewind time when she saves her childhood friend, Chloe Price, from being killed.

Life is Strange 2, which episode 3 released in May with the next episode coming August and final episode in December, two brothers Sean and Daniel Diaz, 16 and 9, are forced to run away from home after a tragic incident in Seattle. In fear of the police, Sean & Daniel head to Mexico while attempting to conceal a sudden and mysterious supernatural power. Life on the road is tough and now totally responsible for his much younger brother, Sean begins to realize that his decisions will impact their lives forever.

We were lucky enough to sit down with a 1-1 interview with Raoul Barbet, the director on Life is Strange at DONTNOD Entertainment. He is one of the two Creative/Game Directors responsible for DONTNOD-developed Life is Strange related installments, the original Life is Strange (2015), The Awesome Adventures of Captain Spirit (2018) and Life is Strange 2 (2018). He is also supervising the music department of the developers team.

From 2008 to 2010, he worked on Quantic Dream’s Heavy Rain as Game Designer/Builder and Motion Capture Technician. Joining Dontnod Entertainment in 2011, he worked on their first game Remember Me as Game / Cinematic / Narrative Designer. Starting from 2013, he’s been working on the Life is Strange games as Writer, Co-Director and Designer.

Raoul Barbet: I don’t think we can talk about Life is Strange 3, I don’t know anything about it to be honest. It’s Square Enix’s brand, so they will do what they want with it. I’m not sure I’ll work on it, so I can’t talk about it. However, with Life is Strange 2, the idea was when we began to create this new story with new characters, we wanted of course to put it in the same universe, and to find, as you say, small Easter eggs. Not to have it just for the fans to have the easter eggs, but to stick to our story, the one we want to tell. That’s why we add the small stuff as you will see in episode 4 and 5. It may seem like small Easter eggs, but it’s really cool for the fans to discover them. It can be some brands, or places, and stuff like that. I think it’s a process. Each time we ask ourselves what could be, a book or something like that which could relate to the first season.

Raoul: Thank you first, it’s always a pleasure to hear that people like the first one, and the second one. They are quite different, so we didn’t know if people will like it. So thank you. Jeon-Luc Cano was the lead writer. I think he wanted to talk about the relationship you can have with someone else, someone you have to take care of. It could be an issue, a sister, or brother. It was really the beginning of our work, the story he wanted to tell was education and the taking care of someone else younger than you. We began to think about brotherhood, and what would be the foundation of each one. It’s a long process between Jeon-Luc, Michel Koch (the other writer), and myself. Our challenge was to put the pair in a situation where he would want to take care of Daniel. Even if Daniel could be mean, or could be sometimes selfish, like every child they will do stuff you don’t want them to, but in the meantime he can be so funny. We had to find the right balance to really create this relationship you can have between a brother, issue or another child. It works I think. Sometimes, it is an A.I., so you can have some problems with 3D characters. Sometimes they can do things you don’t like, so it can break very quickly the relationship. The fact is that the character needs to be believable so you have to be very careful, by adding sentences and animation to the character, to give a feeling of reality.

Lindsay: Yes, definitely. There is so much feeling throughout this game, and so many timed decisions that people have to make. What are you hoping that people will take out of Life is Strange 1 & 2 in emotion or adventure?

Raoul: I think it will be different for each player. It also deals with your own history and your own background. It could change a lot between one player and another. I think we have created these stories to put the player in an interesting situation. Where he can ask himself some question about some complicated subject or social issues, problems we are having throughout the world. Life is Strange 1 was really about what it’s like to be a teenager, the choices of life, who you want to become as an adult, the problems you can have when dealing with your friends, with pressures you can have as a student, and social harassment. With Life is Strange 2, it’s all those things, maybe a little bit about racism, about accepting other people, and meeting people who want to live in a different way. Asking questions about those situations, and making the player think about it. It’s what we really want to create with with these games, and of course with the interactivity it is much stronger than a movie or animation.

Lindsay: In animated movies, and TV shows, there is one way to watch it. One singular journey. Can you tell us what it’s like to create these other instances for people who decide other decisions?

Raoul: Yeah. I love films, and I’m also a director of animated features, but it’s
really different. I think a viewer is very passive, as compared to a player. I think just knowing that you can interact at one moment, will put you in more of an active situation. It means that the sequence that you see is yours, and it is because of your actions that you are living it. It’s really interesting, and why a video game can be so powerful. When we create as a story, we have a main act and story, we find some moments that we know the choices will be interesting at those moments. We can add different scenes or sequences depending on the mood of the player, but each time we try to come back to our main story, because of production reasons. Of course we can’t create a huge tree of endings. It’s not our goal. Our goal is to tell the story with believable characters. So we try to add as much as possible, and different scenes, while keeping in mind that there is a main story, and what we want to tell. So it could be two different scenes with different characters, or different objects and/or camera angles.

Raoul: I think it’s a very interesting period for that. Of course we have stuff like Black Mirror: Bandersnatch on Netflix. We got a movie which has zero interactivity, you just watch it. Then you have something you have choices and then go to another cinematic. You’ve got Life is Strange, which is more than that. You can walk and see the things around you. You can really choose the reason of the game. You cannot do within Bandersnatch for example. You will have a lot of different levels like that. What is really cool with a project like Netflix, or even our games, is that the public is wider than action video games. It’s a different public, so you can reach another public, or maybe a public that isn’t interested in video games. People who thinking that video games are just car chases, shooting, or FPS, but of course we know that video games are really really wide, and can about a lot of subjects. This small interactivity is interesting for these reasons. For VR it’s incredible, I even believe in it. We just have to wait for more hardware. I think just the fact you can look where you want is already something strong, even if there is no interactivity. Of course you can add some layers of choices to it later.

Lindsay: We are on Chapter 3 of Life is Strange 2 right now, which is a really interesting turning point in the relationship between the brothers. Where the younger brother is looking toward other people to look up to, and the older brother is making more relationships with other people. Is there something that is a favorite point, or hoping for people to pay attention to, in chapters 1-3?

Raoul: Regarding Episode 3, I’m very proud of this one, I really like the feeling of the episode. Also, because of what you just said, it’s a turning point. The brothers are not in the same line. We really see Daniel becoming independent. What is interesting in the story, and it’s what we wanted to tell, is that Sean is still a teenager and he wants to have fun, to go out with his friends. He has to be a father, in a way. He doesn’t want to be. It’s a burden. It’s really tough for him. This episode questions those reasons. I hope players enjoy this moment. We wanted to create a bubble, to be in the same place, and to be a part of this community, which is really hard, because it’s just two hours long, even less than that. You have to create a lot of characters, try to know them, and be part of this group and work. I hope it worked, but it was really great to design it. We did a lot of research of wheat farms, asking and doing interviews of people who works there to make sure it’s the right feeling. To be like this in the woods, from people from all over the world. We really loved those moments, and I hope players do too.

Lindsay: So, did you get to go camping in the woods to get some research for this game?

Raoul: Not in a Wheat Farm, but I’m from the countryside.

Raoul: It’s more of interviewing people, who has been there, and watching documentaries to make sure we are not creating a fake place.

Lindsay: It definitely gives such an extra level of reality for the people playing it. We definitely appreciate it. Feels very true.

Raoul: I’m not going to talk about that. I really don’t know anything about Life is Strange 3. It’s really Square Enix who will decide that.

Lindsay: Is there anything you are looking forward to, or a story you would like to tell?

Raoul: Yes, personally as a creator, we think about other projects. Like something really really different. We love believable characters. Characters and stories are very important to us. Having good interactivity, game-play, and having that all mixed together. I think we love to tell stories, it comes with good characters.

Lindsay: Thank you so much, this is definitely one of those games that make you feel something.

Raoul: Thank you so much!

If you haven’t tried Life is Strange, you can start with 1 or 2 and I highly recommend this gaming experience. They are available on PC, PS4, and XBOX.