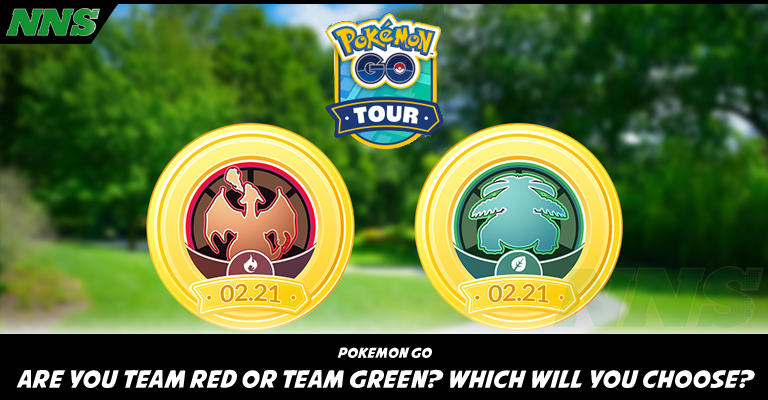 February 20th is going to be a doozy for those of us who’ve picked up a Kanto Tour Ticket.

The ticket is available in the Shop right now for $11.99 or your local currency equivalent. If you were planning to snag it, hopefully you did so before January and February Community Days, being as you got the Special Research for those days for free if you did so.

Once you’ve bought your ticket, you can activate it in your item bag to pick the version of the event you want to play. Each version comes with its own selection of Pokemon to catch and a super sweet badge featuring either Venusaur (Green Version) or Charizard. (Red version)

Of course, the choice was easy for me.

So, which version gives you which ‘mon?

So, peruse your options carefully and be sure to pick the one you really want because once you’ve picked, there’s no going back!

On the day, you’re going to want to obtain all original 150 Pokemon – Every Kanto Pokemon will be available (Including Shiny versions! All 151 Kanto Pokemon will have a Shiny variant available as of this event!) through Catching, Raids, Research Rewards or Evolution. You’re also going to have to Trade Pokemon with someone playing a different version than you so be sure to buddy up with someone so that you can complete this challenge! (At least you won’t need a link cable. In fact, Trading Distance will be increased to 40Km to make socially distancing a little easier.)

Articuno, Moltres, Zapdos and MewTwo will be available in 5 Star Raids on the day as well! Each one will have a special event-specific move. Articuno gets Hurricane, Zapdos gets Thundershock, Moltres gets Sky Attack, MewTwo gets Psystrike.

We will also get to meet and (hopefully) defeat the lucky Trainers who’s Avatars were picked to be Trainer NPCs on the map. This is one of the aspects that has me the most excited!

And so, without further Ad-Mew, let’s do a Spotlight on the little pink Pokemon! (Also, I’m aware I used the Ad-Moo joke in the Lunar New Year article. I intended to use it here first, though. So. You get both.) 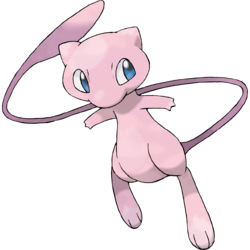 Mew was always one of my favorite critters in the early years of the franchise. Super hard to get legitimately and mysterious in every way, it was just neat. The fact that it’s adorable doesn’t hurt, either.

A couple of interesting things about it before getting into the Pokedex stuff; it contains the DNA of every Pokemon in its genome and is said to be the last common ancestor of all Pokemon. So, from Skitty to Wailord, this is the grand-pappy to all of ’em. This is why, in the main series games, it can learn every TM and HM without reservation. Even ones like Captivate that will fail one hundred percent of the time because Mew is technically without gender. It’s also crazy in a universe where God is a Pokemon, Dinosaurs are Pokemon, primitive invertebrates are Pokemon… that they all descended from a bald, flying cat. It also shares its weight, coloration and Shiny coloration with Ditto and both Pokemon are the only ones to learn Transform.

Anyway, the Pokedex informs us that it’s not actually bald as you can see its hair through a microscope. That’s when you can see it at all, that is – it can turn invisible at will and seems to only appear to people who have pure hearts and a strong desire to meet it.

So, how does the original Mythical mix it up in Pokemon GO?

With a Max CP of 3691, Attack of 210, Defense of 210 and Stamina of 225, it does pretty okay! None of these Stats are anything to sneeze at. Being a pure Psychic Type, it is vulnerable to Attacks from the Dark, Bug and Ghost Types. It only resists Psychic and Fighting Type moves.

Good luck out there, Trainers. Remember to stay safe, wear your mask, socially distance and have fun. And remember… Gotta Catch ‘Em All!