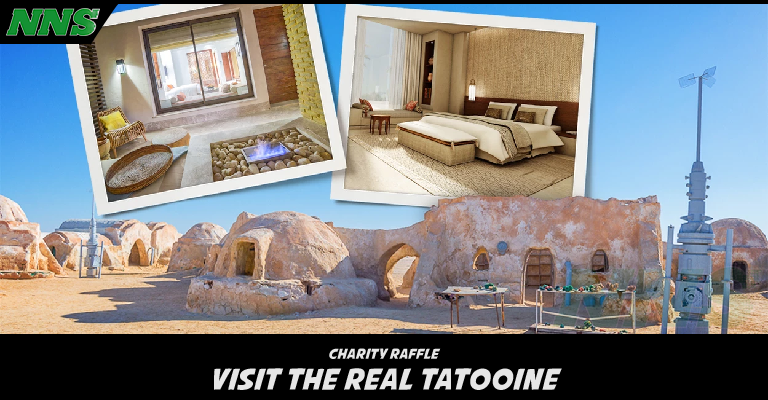 With the new Star Wars shows, and movie coming out, the world is abuzz with interest once more in Star Wars. Who are we kidding, the interest never left, and frankly Disney won’t let us lose interest now.

However, if you’d like to look back to the early days of Star Wars, and experience the history, then Omaze wants to give you that chance. Sending prize winners to the gorgious Tozeur, Tunisa, fans can experience the location that R2-D2 was captured, and Luke Skywaker’s childhood home. There you will be treated like a high ranking Empiral Officer, and dine under the stars!

So what are you waiting for you nerf herder!

If you win this raffle, you will receive these prizes:

Donations for this raffle will support the the Golden Triangle Asian Elephant Foundation.

Hurry up and enter the charity raffle Here, because the raffle ends on January 9, 2020.