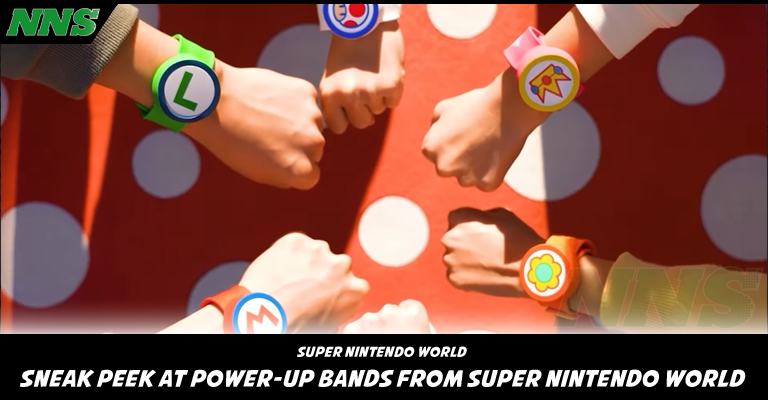 With Super Nintendo World being only a month away from opening, we wanted to talk a little bit more about the just released deeper information into the use of the Power-Up wristbands.

These wristbands are thought to be the equivalent of the wands in the Wizarding World themed land. However, I will say that these seem to be a lot more interactive than the wands.

While the wands allow their users to interact with the world, the Power-Up wristbands not only keep scores on your rides, but also allow attendees to interact with the world. Users can punch power bricks with the wristband, and the block will light up and add coins onto your digital account on the theme park’s app. Your digital account will not only hold your scores on your rides but also track your team scores and stats as well. Your team is the color wristband you pick up, whether it be Mario, Luigi, Princess Peach, Toad, or Yoshi.

Additionally wristbands will be able to unlock many interactive challenges throughout the land that will get you keys. Collect all the keys and you’ll unlock the Bowser Jr. challenge game, which looks like it’s an interactive video game challenge.

Check out Universal Studios Hollywood’s video for the product below!

While Super Nintendo World is going to be a lot of fun, I believe to be able to gain the full experience from the place you’re going to have to get the Power-Up Wristband. I’m planning on picking mine before the park opens. They can be picked up outside the park at the Theme Park Store in City Walk, or inside Super Nintendo World at the 1-Up Factory.

See you all that Super Nintendo World on February 17th 2023 when they open to the public!
Get your tickets now Here!