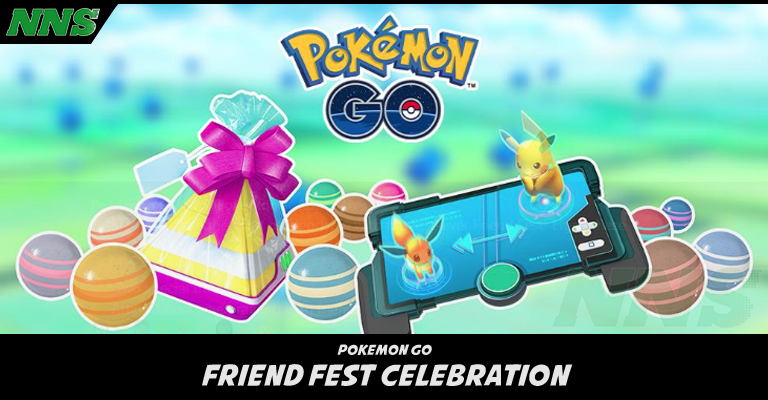 Hey there, Friends! Pokemon GO just hasn’t slowed down with the events, has it? This week we have a week celebrating something we’re all generally pretty thankful for: Friendship. Fitting for Thanksgiving!

At its core, Pokemon is about friendship. Not only the friendships we form with our little digital monsters, but the bonds we forge amongst one another as Trainers or just plain ol’ Pokemon enthusiasts. Some of the longest and most enduring relationships in my life are a direct result of Pokemon. I say that in all sincerity. And this particular iteration of Pokemon is maybe the best example of this franchise’s ability to take strangers, give them something to talk about and turn them into friends.

So, we take one part friendship, one part Thanksgiving and one part Pokemon. We throw all this in the pot, give it a stir and what do we get? An event running from November 27th 1:00pm, till December 2nd till 1:00pm where you get these bonuses:

So, let’s do a little spotlight on some favorites of mine, the Nidoran family. Both of which are available in Shiny! 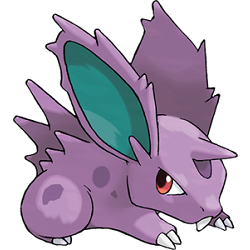 These little fellas were one of the best Pokemon in Generation One. Directly west of Viridian City there was a small patch of grass. Depending on which version you had, Nidoran were plentiful in one gender, but rare in the other. The male was easier to find in Red Version. It was a great choice early on in the game as it levelled relatively quickly, was a Poison Type which gave it some good type coverage and moves to make the early game easier (Poison Onix and it doesn’t matter which Starter you chose – it’s Game Over for the Rock Snake.), and once you evolved it into Nidoking, it was an absolute beast for the rest of the game.

The Pokedex tells us that Nidoran has special muscles to move its ears. It can swivel them in any direction to pick up noises and it can also flap them like wings, though, presumably it cannot fly with them. It’s an alert little guy who will take note of any sound that signifies danger. It will then charge, secreting venom from the horn on its forehead. The larger the horn, the more potent the venom. You know what they say; you mess with the Nidoran, you get the horn.

It evolves into Nidorino and then into Nidoking with the use of a Moon Stone. Nidoking is a dual Poison/Ground Type.

The Pokedex lets us know that Nidoking’s armor is rock hard and its horn is hard enough to pierce diamonds. It can flatten telephone poles and metal transmission towers flat as easy as pie. If you flinch from it, it will charge and beat you up with its powerful limbs and tail. It’s a nasty customer!

So, how does this translate into Pokemon GO? 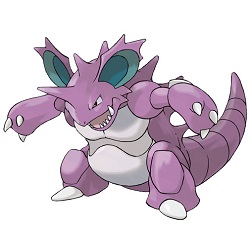 With a Max CP of 2567, 204 Attack, 156 Defense and 191 Stamina…. it’s, unfortunately, below average. That Attack Stat is okay, but the others are lackluster and there are just better Poison and Ground types both, sorry buddy. Moves are Iron Tail and Poison Jab (STAB) for Fast Attack and Megahorn, Earth Power, Earthquake and Sludge Wave. The last three are STAB with Earth Power coming out on top for damage.

Male Nidoran, when Shiny, exchange purple for blue! It’s quite striking looking and he keeps this color throughout his evolutions. 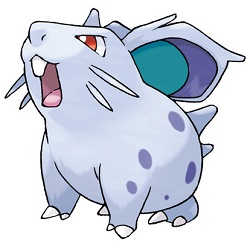 Nidoran Female, the cuter, cuddlier looking of these two Poison Pin Pokemon. This one was more common in Blue Version, but no less useful in the early game. It had higher defensive capabilities, but lacked the raw attack prowess of her male counterpart. This was more noticeable in the later game, after evolution.

Speaking of evolution, if you want to hear the pitter patter of little Nido-feet running around… you better have your Nido-Femme hold an Everstone. In the main series games, Nidorina and Nidoqueen are both incapable of producing eggs. There has never been, to my knowledge, an explanation for this. (But Male Nidos can breed outside of their line all the way through their evolutionary path. It’s super weird.)

The Pokedex informs us that Nidoran Female is a calmer, less aggressive Pokemon than its male counterpart. However, if pushed into a corner it will attack with those poisonous barbs. While its horns are smaller than the males, it will still use them to great effect; one drop of its venom is fatal.

It evolves into Nidorina and then into Nidoqueen with the help of a Moon Stone.

Nidoqueen’s Pokedex entries are…. problematic. Look, the problem is that its entries seem to state pretty clearly that this Pokemon has scales that grow in cycles, hard armor that it uses to enhance its attacks and that it is at its absolute strongest when protecting its young. Its young. The young that it cannot produce in-game. Unless you’re telling me that Nidoqueen is the seahorse of the Pokemon world and just has massive trouble breeding in captivity. I feel like whichever Pokemon Professor wrote those entries was just being lazy and making assumptions. Try getting out there and doing some field work, Oak. 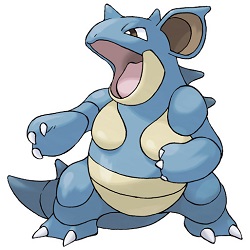 In Pokemon GO, Nidoqueen looks like this: Max CP of 2488, 180 Attack, 173 Defense and 207 Stamina. So, not overly great, but with a touch extra bulk. It can hang out a little longer, but isn’t dealing much damage while it’s there. For Fast Attacks you have Bite and Poison Jab (STAB) while for Charge Attacks you have Stone Edge, Earth Power, Earthquake and Sludge Wave, the last three of which are STAB. You’re best off going with a Poison Jab/Earth Power combo.

Shiny Nidoran Female is a pretty pink-purple color, evolves into a pretty pink-purple Nidorina and then into a puke green and strawberry ice-cream pink Nidoqueen and I just have to wonder WHY. Why are there so many green-ish Shinies? Especially this one where it makes little to no sense. Sigh.

Well, Trainers, that’s all I got for you. Thanks so much for reading along – I’m thankful for the time you take to check out my articles and I hope they’re useful to you. Good luck catching some friendship themed Pokemon this week! I hope that you enjoy your Thanksgiving! And for those of you outside the U.S.A. I hope a little of our Holiday Cheer spills over into your part of the world and you can catch a couple of Shiny Nidoran.

Have you made any friends due to Pokemon? Feel free to share your stories down below in the comments!

Good luck out there, Trainers!