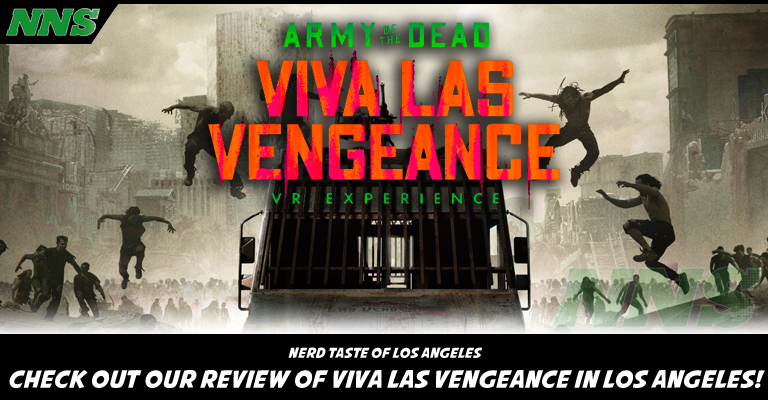 The Century City Mall is a pretty awesome Mall. Growing up in Los Angeles, I used to head specifically to this mall as a child to take pictures with Santa and was always impressed with the size and spectacle of this mall. Now a lot has changed, and the space is hardly the same. Now a hotbed for so many amazingly on-point stores and restaurants, a lot of people have reasons to visit this specific open-air mall.

If you are a fan of Army of the Dead, Zack Snyder’s most recent film made for and released on Netflix, then you’ll have a great reason to head to the Century City Mall! 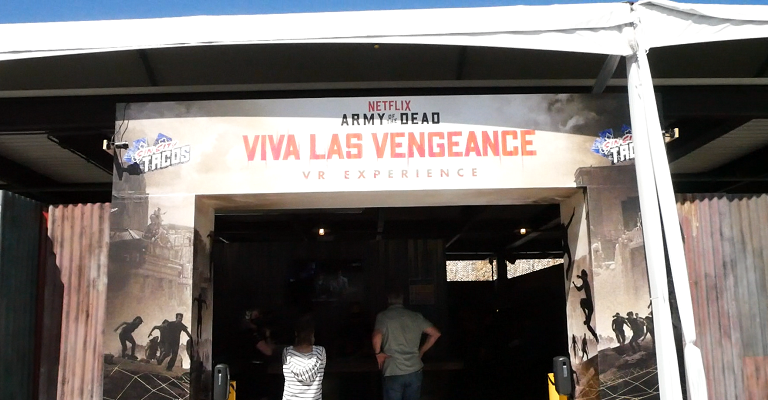 Viva Las Vengeance is a VR interactive experience based on the world of the movie franchise.

Ticket holders for the event, and their group will register their characters to pick your character and weapon loadout. Once you get your gear setup you’ll head to orientation where you will be informed about the events of the Army of the Dead universe. This is great for people who don’t know about the movie, but just want to enjoy a fun zombie hunting game. After you are informed, you are taken to the modified taco transport truck of the Las Viva Vengeance group. 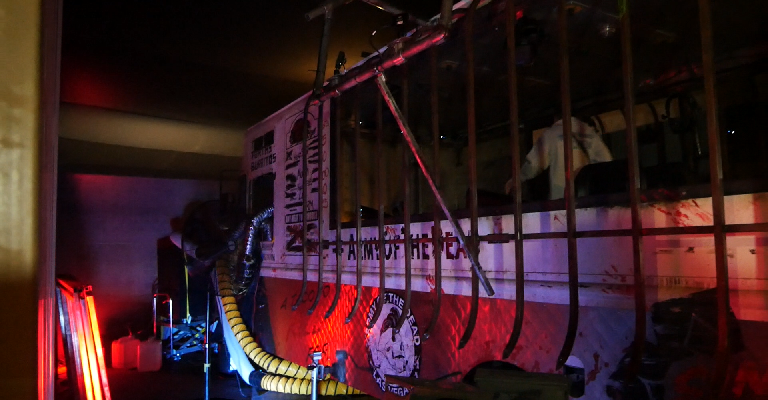 There will be lockers on site for purses and other accessories you are afraid of damaging or losing.

During the experience, you will either sit or stand while in a fully immersive food truck in the game world, armed with a physical weapon and will be able to see the bounds of the truck and the other members of your team.

It was really cool being to wave at each other in the game.

The experience is lots of fun, and interactive with your choices, and lasts 30 minutes. After you exit, you can compare your scores in the game, purchase Viva Las Vengeance swag. You can also swing over to the Taco Lounge!

In the Taco Lounge, there are limited seats and great food created by Sin City Tacos.

Liquid Death has worked with Army of the Dead before, with their No Brainer infomercial, so it’s no surprise that when you head to the Taco Lounge you’ll find that Liquid Death Mountain Water is the water of choice at this venue! In fact true to Liquid Death‘s motto, #DeathToPlastic, all of the drinks and cans are aluminum or glass. Unfortunately, the alcoholic drinks are in plastic cups, but it’s a bit harder for events to produce in location-built drinks in anything but. 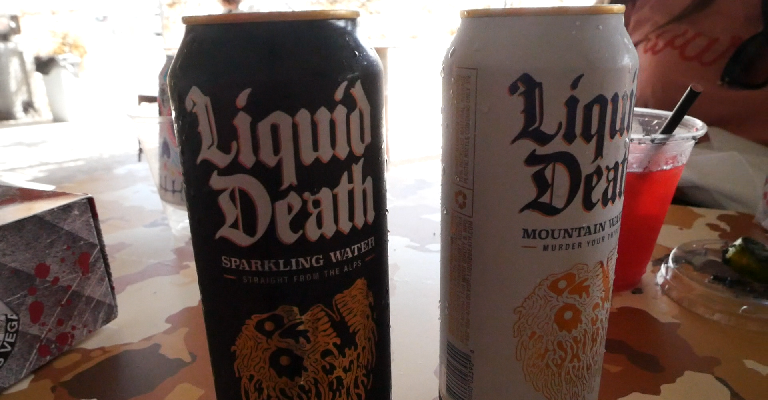 If you want to eat at the event, we highly recommend that you order your food on the Go by Citizen app so it will be ready for you when you finish the game.

The event space is regularly cleaned and sanitized between users. Additionally, the attendees are around 4-5 feet apart for a limited amount of time. While the experience does require masks for people attending and experiencing the experience, the activation is located within the Westfield Century City Mall. Since the Century City Mall is open-air, many of the mall attendees will not be wearing masks. If you wish to avoid the crowds of unmasked, then make sure to park on the 5th floor of the mall, close to the event and you won’t have to deal with the unmasked.

See our video for the event Here, and if you want to get your own tickets for the event, they start at $24 and is running for a limited time in Los Angeles before it moves on to New York and the rest of the USA. Pick up your tickets Here!